One of the biggest challenges for any band just starting out is finding a good rehearsal space. This is especially true for bands living in a city, where neighbors are at every wall and space is at a premium.

Even if one of your bandmates has a house, everybody knows that band practice is loud. Nearby neighbors or roommates may not be okay with it, and that isn’t even considering the possibility of your bandmate having children who live at home.

Finding a practice space for your band is even more challenging when the budget is tight. Which, let’s be real, the budget is always tight for a band just starting out.

Don’t worry, though. It may seem like an insurmountable task, but there is always a rehearsal space to be found. You just may need to do some digging.

Here are some ideas:

If you and your band are based in a town that has any sort of music community, it should be one of your top priorities to get involved in that community, and not just for the sake of finding a rehearsal space.

Local musicians in your city have often faced many of the same challenges that you’re facing, and they will probably be willing to share their experiences.

So get to know other bands in your scene and find out where they practice, and if there are any open slots that you and your band can fill, they will surely tell you. Or at least point you in the right direction.

They may even give you some tips on building your fanbase, or invite you to play a show. It’s a win-win.

While neither you nor your bandmates may have a house that is a viable option for band practice, somebody you know, or a fan of the band, might just have a space they would be willing to let you use.

This could be a detached garage, a shed, or even a basement if the circumstances are right.

Of course, don’t just go around asking everybody you know. Be considerate and only ask people who have life circumstances and personalities that fit having a loud band rehearsal at their house.

If you and anyone in your band has a social media presence, make a post about how you’re looking for a new practice space, and if anybody has ideas they should let you know.

Somebody may just reach out with an idea.

One of the most popular band rehearsal places is in a storage unit. The reasons for this are plentiful, but the main reason is that you can generally be as loud as you want in a storage unit, at all hours of the night, and nobody is going to complain.

Also, storage units have power sources, at least nearby, that you can use to power your instruments and amplifiers. Some of them are even climate-controlled, giving you peace of mind if you live in a hot or cold environment and you want to leave some of your gear set up between practices.

Best of all, renting a small storage unit is generally a very affordable option, with some places offering a 5×10 unit for under $100 per month.

However, while a storage unit may technically be big enough to practice in, if you have a large band or multiple instruments, you may need to find something a little bigger.

Cities with an established music & arts scene will often have plenty of recording studios and rental spaces that are geared towards artists of all kinds.

Do some research on what’s out there and don’t be afraid to reach out to some local recording studios to see if they rent out their studio space for practice. Sometimes they will do this outside of business hours.

Some cities even have studios that are set up entirely as rehearsal spaces, with the entire business model being a space for musicians to practice.

In fact, our hometown of Charleston, SC has a studio called The Space that has a dedicated rehearsal area for bands. This was started by our pals in SUSTO.

Note that since this is such a convenient option, with a place that is completely set up for music, it tends to be on the pricier side. However it can be a good choice for a band who has some extra scratch and is looking for the best practice space possible.

Since skate parks are usually a hub for the budding underground subculture, management is often keen to allowing bands to practice there.

This may be in a storage space or right there in the corner of the skate park, surrounded by teenagers who are trying to learn a kickflip.

If you don’t mind practicing in front of an audience, it may be worth looking into the skate parks and roller rinks near you, and see if they would be down to let you rehearse.

Many music venues are closed during the day, and only open their doors a few hours before the show on any given night. This means that the stage is sitting vacant all day long.

Now, this is of course a much more likely option for a smaller venue, as big venues often have artists loading in throughout the day when they have a show that night.

Also, to be blunt, if your band isn’t any good, the venue staff on the premises during the day may not want to listen to your guitarist struggle his way through a solo.

However, many venues would be down to let you come in and set up for a rehearsal if the timing is right and you know the right people.

This is where networking within the scene comes into play, as the only way to get to know the venue staff is to attend the venue on a regular basis. So get out there and see some shows!

Sometimes local schools and colleges with an arts focus will allow bands to practice somewhere on campus during certain hours.

Certain universities even have dedicated practice rooms designed for musicians on the student body to have a place to rehearse.

If you’re a student, or you have a connection with someone who works at a school, this might be an idea worth looking into.

Depending on what kind of music you play, some of the churches in your area may be open to the idea of letting your band practice there during off hours.

Just maybe not satanic death metal or songs about drugs and sinning.

If you’re out of options, though, it’s certainly worth a try!

In some cities, the music stores and record shops have dedicated areas where they allow bands to practice. Do some research on record stores near you and see what’s up!

Also, the staff at a record store or music is generally going to know some people in the local music scene.

It might be a good idea to go on there and purchase that album you’ve been eyeballing. Strike up a conversation with the clerk and you may just have a lead on your new practice space.

Many cities have community centers and public parks with spaces that are available for all sorts of uses, from weddings to dinner parties, graduations, and yes, even band practice!

Look into what your city has to offer, and maybe even take a ride out to the promising options to scope them out.

Then, when you’ve found the right place, simply talk to the right people or go through the proper channels to reserve it. Leaving your gear set up won’t be an option, but it could at least get you a chance to rehearse.

Let us know if we helped you find a rehearsal space in the comments below! 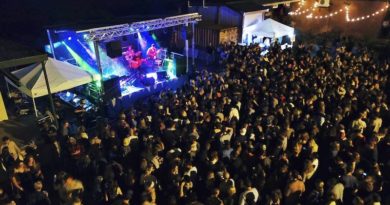 How to Build a Fanbase for Your Music 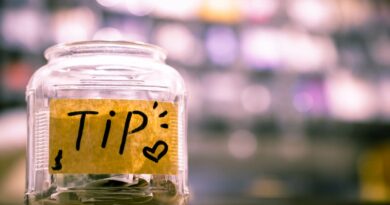 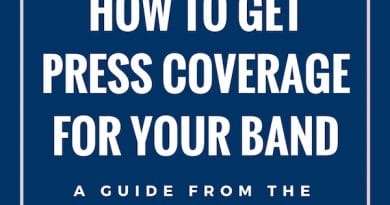