When Led Zeppelin were working on their fourth album, the untitled album that today is commonly referred to as Led Zeppelin IV, they wanted to do something mysterious and different.

Their previous album, Led Zeppelin 3, while highly anticipated and chart-topping, received mixed and generally unfavorable reviews upon its release in October 1970.

This was disappointing for the band, and thus they decided to release their next record without a title or any identifiable markers on the outer packaging; no title, no track listing, nothing at all that tied the album to the band at the time.

Part of this included each member choosing an occult symbol that they felt represented them on some level, and the album included these symbols on the inner jacket.

Led Zeppelin IV was released on November 8th, 1971 and was an instant success, but commercially and in the eyes of critics everywhere.

It included the now borderline meme-worthy song “Stairway to Heaven” and is today the best-selling Led Zeppelin album, and it frequently finds itself in the discussion among modern critics as one of the best albums of all time.

Given the long-lasting success of Led Zeppelin IV, the four symbols on the inner jacket have become representative logos of Led Zeppelin as a whole, the most recognizable being the Zoso symbol chosen by guitarist Jimmy Page (plus the Swan Song Icarus symbol).

Perhaps the only other band with symbols as recognizable as Led Zeppelin’s are the Grateful Dead, with their steal your face logo and the dancing bears.

While none of the Led Zeppelin symbols have been explicitly explained by the band members, Jimmy Page did confirm that they were all chosen from a standard reference book of occult symbols (or sigils, as they are called in the realm of magick).

Page is well-known for his interest in the occult, and at one time he owned a bookstore in London called Equinox, which specialized in selling and collecting books from the occult.

There has been much speculation over the years about what each symbol mean in reference to its respective band member. We have broken down the going theories and fan analyses about each symbol below, starting with the most famous Led Zeppelin logo, the Jimmy Page Zoso symbol.

The symbol chosen by Jimmy Page for Led Zeppelin IV has been the subject of much controversy, with some theories even speculating that the Zoso symbol is actually satanic in origin.

It is said that Page once explained the meaning of the symbol to Robert Plant, but when asked about it in an interview Plant could not seem to recall the explanation, and Page himself often dodged the question.

The first thing to note is that while the symbol does appear to spell out the word Zoso, it is actually not a word but rather just a symbol that looks like a word. For ease of explanation, though, we will continue to refer to it as the Zoso symbol in this article.

After some serious digging through these old occult books, fans have discovered a symbol that looks very similar to Page’s Zoso in a section of a 1557 book by mathematician J. Cardan called Ars Magica Arteficii, where the symbol appears as a representation of the planet Saturn.

This is right in line for Page as his astrological sign is Capricorn, which is ruled by Saturn. It is likely that Page found this symbol in Cardan’s book and then added his own artistic twist to make it palatable to fans of the band.

Other theories have suggested that the symbol is broken into two parts, with the “Z” representing the astrological sign of Capricorn and the “oSo” perhaps being Satanic in origin, standing for “666”.

While we know that Page had an interest in the occult and especially the infamous Satanist Aleister Crowley, we tend to think that Page was just having some fun with this one.

Page and Led Zeppelin as a whole tended to invite speculation with their music and symbolism, and the fact that they never confirmed anything has allowed this speculation to grow massively over time.

Another theory, as posted by user TheRover on the Led Zeppelin forum way back in 2008 connects the Zoso symbol to the word sozo, which is used 108 times in the New American Standard Bible and has a meaning of “rescuing one from great peril”, whether that be physical or spiritual.

Jesus uses sozo to mean saving one from sins and the associated sense of inner peace that comes with being forgiven, which is something that all humans naturally strive for.

If you look at it right, you’ll also notice that the symbol looks like a cartoon face, with the letters resembling eyes, nose, and mouth.

As a whole, however, most of these meanings for Zoso are quite outdated, and today the symbol mostly just represents Jimmy Page, the guitarist of the beloved and legendary band Led Zeppelin.

Speculation about Satanic origins is always fun, though, and thus explains why so many fans have theorized so heavily about this one over the years.

The symbol that Led Zeppelin singer Robert Plant chose for Led Zeppelin IV is much more straightforward in origin.

Depicting a circle around a feather, the symbol represents the feather of Ma’at, the ancient Egyptian goddess of truth, justice, harmony, and balance.

Being the lyricist for Led Zeppelin, the feather can also be seen as a pen representing the band’s songwriter. It was taken from The Sacred Symbols of Mu by occultist author Colonel James Churchwood, originally published in 1933, however the symbol originates from the ancient Mu civilization which existed over 15,000 years ago on some lost continent in the Pacific Ocean.

The symbol is not very common (that is, until Robert Plant adopted it), but it can be found in both Mu civilization and Red Indian civilization texts.

Drummer John Bonham’s symbol consists of three interlocking rings, also known as the Borromean rings, and can be found in the Book of Signs, published in 1933 by Rudolph Koch.

Book of Signs explains that this symbol represents an early version of the trinity, and much like the Zoso symbol this one has endured much speculation over the years.

The main speculation is that the symbol represents the relationship between man, woman, and child, which has apparently been confirmed by Bonham’s son Jason at some point.

Further speculation includes that Bonham liked this symbol because it resembles a drum kit, which of course was his instrument of choice.

Being a noted drinker, it is perhaps not a coincidence that the Borromean rings are also the symbol of Ballantine Beer, as once observed by Robert Plant. It is said that when Bonham would drink, he would let the droplets fall from the bottle to form interlocking rings on the table.

Led Zeppelin bassist John Paul Jones also chose a symbol from Koch’s Book of Signs, but also appears on the cover of a book about the middle age Russian religious cult, the Rosicrucians.

Aleister Crowley was interested in this cult because their main belief system indicated that their wisdom was passed upon them from ancient times.

The symbol depicts a circle laid over three triquetra, and has been speculated to symbolize a person who is both confident and competent, which Jones certainly is.

In ancient times it was used as a symbol for exorcising evil spirits, and it was intended to represent the leader of the Rosicrucians.

Led Zeppelin IV also contained a fifth symbol, a smaller one that was used as an asterisk after “The Battle of Evermore” on the album’s inner sleeve. This symbol was chosen by guest vocalist Sandy Denny, who contributed vocals on the track.

Also taken from Koch’s Book of Signs, the symbol depicts three equilateral triangles joined at the points. It is mysterious in origin, and the book simply explains that it was an ancients representation of the Godhead. 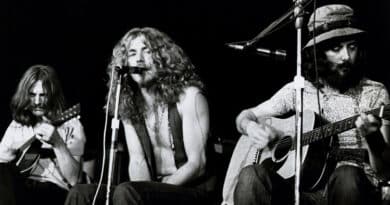 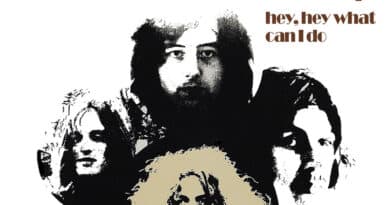 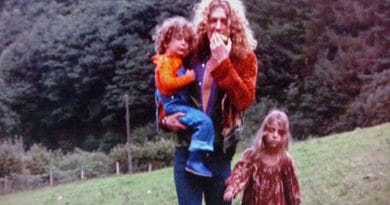 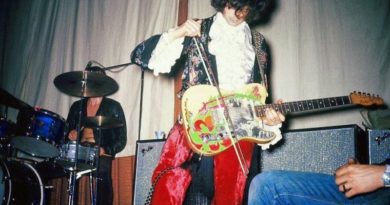