Released as the lead single from their 1969 album Bayou Country, the first of three albums the band would release that year, “Proud Mary” was paired with “Born On The Bayou” and reached number two on the Billboard Hot 100.

“Proud Mary” has gone on to become one of the most often-covered songs in the CCR discography, with the most famous cover being recorded by Ike and Tina Turner in 1971 — a recording that reached number four on the Billboard Hot 100 and won them a Grammy award.

Written by vocalist and guitarist John Fogerty, the meaning of “Proud Mary” is relatively straightforward, with lyrics describing leaving the bustle of city life in favor of a more simple way of life on the river.

Due to the name “Mary” being used in the song, as well as the lyrics about “burnin'”, many have assumed that “Proud Mary” is a song about drugs, specifically marijuana, however that is simply not the case.

In 2018, when the non-related movie Proud Mary was released, Fogerty found himself frustrated that the filmmakers used his song to sell a movie that had nothing to do with the song’s actual meaning, and thus spoke about this to Rolling Stone:

I wrote the song about a mythical riverboat, cruising on a mythical river, in a mythical time. Perhaps, the setting was ‘back in time’ on the Mississippi River. It was obviously a metaphor about leaving painful, stressful things behind for a more tranquil and meaningful life.

Fogerty himself has said that “Proud Mary” was one of the first good songs that he has written, having penned the lyrics while feeling jubilant upon being released from the National Guard. Many consider it to be the best song in the CCR catalog, though there are many contenders in that category.

So now, without further ado, let’s take a look at these lyrics:

The first verse introduces this gentleman who decides to ditch the city life and never looks back. He sings of being sick and tired of working for “the man”, a.k.a. corporate America, and knows that he made the right choice because he never loses a minute of sleeping thinking about how his life may have been if he would have stuck with the city life and that dead-end job.

Where did he go, you may wonder? Well, the song’s chorus tells us everything we need to know:

The chorus is the reason why people assume that this is a song about weed, however “Proud Mary” is actually the name of a riverboat, which was powered by steam created by burning wood and/or coal. Yes, he’s “rollin’ on the river”, but not rolling a joint. Just rolling with the current and the waves, on a paddle steamer river boat.

The second verse offers some more insight into the singer’s decision to abandon the city life:

We can see here that our protagonist worked as a dish washer in Memphis, and a gas station clerk in New Orleans, pumping propane. But it wasn’t until he took a ride on that river boat that he understood the true meaning of living.

Then we get another hit of the chorus followed by an instrumental break, before leading into the third and final verse:

Fogerty’s lyrics in the third verse suggest that you won’t find people who actually live and enjoy life in a city, and you’ve gotta go to the river for that. They don’t care if you have any money, because they probably don’t either, and they are happy to share life and experience with anyone who comes to join them down there on the river.

The song closes with another couple repetitions of the chorus as we roll down the river with Fogerty and CCR, far away from the grind of living in a city and worrying about money every day. “Proud Mary” is an ode to a simple existence, and one that encourages others to step back and appreciate things outside of their job and the bills that they have to pay.

For this reason, along with the fact that the song is a total earworm, “Proud Mary” remains popular today, more than half a century after it was initially released. We’re still rolling down that river, avoiding big cities and rocking with Creedence Clearwater Revival.

Listen to CCR’s version of “Proud Mary” below, and Tina Turner’s rendition below that. 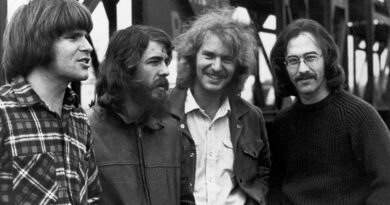 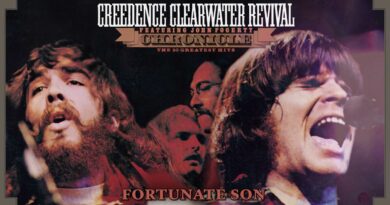 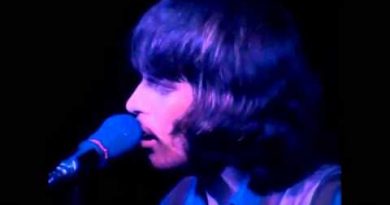