In 1984, Willie Nelson and Ray Charles came together to record “Seven Spanish Angels”, a wonderful song that tells the story of an outlaw and his lover on the run in Mexico who find themselves in a gunfight with a posse of lawmen who came to bring them back to Texas, but not alive.

In the first verse, sung by Ray Charles, the outlaw turns to his lover in one final embrace before deciding to stand and fight the approaching posse:

The two lovers delicately acknowledge that they will likely die, seeking prayers and trusting that the grace of God will keep them free after death.

The chorus depicts seven Spanish angels “at the altar of the sun”, which we can assume is heaven. The angels pray for the lovers, but then a boom of thunder from the throne (of God) adds another angel to their ranks.

The seven Spanish angels are a reference to the seven angels from the Book of Revelation, whom bear witness to the end times.

These angels pray for the two outlaws, but soon the battle is over. When the smoke clears, the angels add another angel to their ranks, as the anger of God booms out like thunder from his throne. The angel that they add is the outlaw, as his lover still has one more verse to live.

She reached down and picked the gun up
That lay smoking in his hand
She said, “Father please forgive me
I can’t make it without my man”
And she knew the gun was empty
And she knew she couldn’t win
Her final prayer was answered
When the rifles fired again

The settled dust reveals that the lover remains, and she makes one final prayer to God, asking for forgiveness. She tells God that she can’t make it without her man, and thus wishes to die.

Either way, she knows that she can’t make it, because the gun is empty and she’s heavily outnumbered.

Soon, God grants her wish, as the lawmen fire their rifles again and take her down.

The Making of “Seven Spanish Angels”

The song was written by Troy Seals and Eddie Sester, who had initially pitched the track to Willie Nelson. Willie liked what he heard and planned to record the track at a future date. However, before Nelson had a chance to record it, the noted produced Billy Sherill heard it and thought it would be a good fit for Ray Charles.

When informed that Willie Nelson had already expressed interest in “Seven Spanish Angels”, Sherill suggested that Nelson and Charles record the song as a duet and release it together.

Everyone thought that was a great idea, and thus the beautiful country duet “Seven Spanish Angels” was born. It was released on both Ray Charles’ 1984 album Friendship, and Willie Nelson’s 1985 album, Half Nelson.

According to Seals, the song was originally written with another verse that continued the story. Sherill decided to cut the song because he was concerned that it would run too long with the extra verse. The scrapped lyrics are as follows:

The song was a hit and found its way to number one on the country charts, marking the only number one hit that Ray Charles had in the country genre. As we know, Ray Charles was one of the pioneers of soul music, but he also recorded several country songs, eight of which found their way onto the charts.

“Seven Spanish Angels” was one of two duets that Willie Nelson and Ray Charles recorded together, with the other being “Georgia On My Mind”. The two have remained great friends over the years and have spoken very highly of one another.

Watch the official video for “Seven Spanish Angels” below. 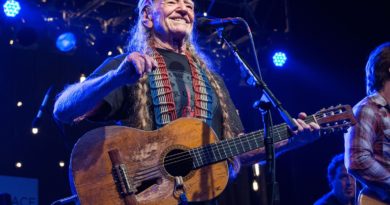