With the release of “No Scrubs” in 1999, TLC coined a term for a deadbeat guy that is still in use to this day. As the lead single from their third album, FanMail, “No Scrubs” became the third number one hit for the group, following “Waterfalls” and “Creep” from their 1994 album CrazySexyCool.

This song was all over the radio in 1999, with TLC member Rozonda “Chilli” Thomas making her first appearance on lead vocals. Chilli explains to us right from the jump the meaning of “scrub”, and then proceeds to diss the heck out of every scrub in the world, calling guys out on their whack behavior and telling them to keep that crap away from her.

Written by  Kevin “She’kspere” Briggs, former Xscape members Kandi Burruss and Tameka “Tiny” Cottle, and TLC member Lisa “Left Eye” Lopes, “No Scrubs” is one of the first female empowerment anthems to take over the world. Upon release it rang out over radio stations everywhere telling dudes to simply do better.

A scrub is a guy that thinks he’s fly
And is also known as a busta
Always talkin’ ’bout what he wants
And just sits on his broke ass, so

First verse to “No Scrubs” by TLC.

Here we have Chilli defining “scrub”, or “busta”, and explains how guys like that never do anything but sit around and talk about what they want, with no action to back it up.

Yet, as we can see in the buildup to the chorus, many of these men have the audacity to try and pick up women. The ladies in TLC saw right through them, though, and with “No Scrubs” they encourage women everywhere to do the same — kick that scrub to the curb and date a real man.

Pre-chorus to “No Scrubs” by TLC.

The message is pretty clear here. TLC wants no part of this scrub behavior. In the chorus, they really drive that point home:

Chorus to “No Scrubs” by TLC.

In the chorus, Chilli provides further descriptions of how these men act, such as embarrassingly trying to cat-call her out the window of his best friend’s car. She turns the other cheek and keeps on moving, because she knows that she’s worth better than that.

Still, the scrubs never seem to give up. The second verse describes another encounter with one of these pathetic males:

Well a scrub checkin’ me, but his game is kinda weak
And I know that he cannot approach me
‘Cause I’m lookin’ like class and he’s lookin’ like trash
Can’t get wit’ a deadbeat ass, so

Second verse to “No Scrubs” by TLC.

Chilli notices a scrub checking her out from across the room, but she knows just from looking at him that he doesn’t have the courage to approach her. She’s dressed to the nines while he’s looking like trash, meaning that he’s got no shot with her.

Just in case he forgot, though, Chilli and T-Boz spell it out for him again with another hit of the pre-chorus and chorus, before moving into the bridge:

Bridge to “No Scrubs” by TLC.

The lyrics in the bridge directly call out scrubs on two specific things: not having a car, and not showing love to your girl. It’s not all about the money for TLC, but having a car is a sign of a steady job and a reliable partner. It’s also about how they treat their woman, because a man can have all the money in the world and if he doesn’t value his girl, then he’s a scrub like all the rest of them.

Guys, if you find yourself relating to the man that TLC is singing about in “No Scrubs”, you might want to head on over to Indeed and figure that shit out, because the message in this song rings just as true today, if not even moreso.

TLC finish the song by repeating the chorus a few more times, so you won’t forget. They don’t want no scrubs. 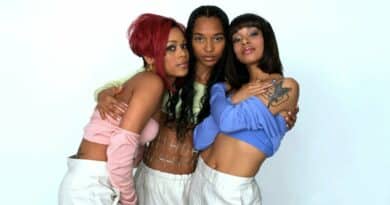 The Meaning of TLC’s “Waterfalls”