Today, Nic Perea of the Richmond band Camp Howard debuts his new bilingual project, Nico Play, with the release of the lead single “Bluff”. While fans of Camp Howard will be familiar with Perea singing in both English and Spanish, this project is more chilled-out and exploratory than the music of Camp Howard. Born in Mexico City, Nicolás Perea is a native Spanish speaker and switches between the two languages effortlessly, meanwhile crafting a vibe with synth and guitar that builds to a crescendo when the chorus hits. It’s some good stuff.

Perea started Nico Play while isolated during the pandemic, and recorded “Bluff” and more on an 8-track tape machine set up in his bedroom. You can expect a few more singles music later this year, and perhaps an EP or LP physical release in the future. Camp Howard is also getting the gears moving again and will hit the road in the fall.

Listen to “Bluff” by Nico Play below. 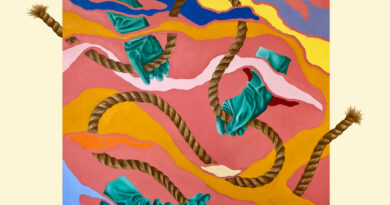