Cañón is the perfect name for a new Camp Howard release.

In Spanish, “cañón” translates to “canyon”, but for our purposes, we’re talking about a canon of artistic work. In literature a “canon” refers to texts that are considered to be the defining works of Western civilization (The Odyssey, Don Quixote, Moby-Dick, etc.) that have shaped our sense of great storytelling and representations of culture.

Now, we aren’t saying that Cañón is the musical equivalent of Moby-Dick (though who knows, in 150 years maybe it will be). But the Richmond, VA natives have done something kind of miraculous for a band that isn’t necessarily “famous.” They’ve built their own sort of mini-canon. With each release their catalog balloons more and more with immediately identifiable songs that stick to their listeners. It’s the riff that opens “Mismo” from their 2017 Juice EP, or the heavy, elephant march of a chorus on “Fucked Up.”

Once you hear a Camp Howard song it stays with you, which is why their one of the rare bands that can comfortably play a smaller venue like The Royal American and get people excited just off of an introductory riff. That’s something that’s supposed to be reserved for highfalutin rock stars, and here’s four guys who were playing at The Dunk Zone in Charleston earlier this year doing the exact same thing. And doing it well.

Cañón is an extension of Camp Howard’s consistent ability to write stellar rock songs, each with their own catchy flair and then record/perform them with gusto. The album starts off with three of the band’s finest earworms to date, “Cañón”, “Don’t Say Shit You Don’t Mean”, and “Surprise.” The title track is familiar territory for veteran Camp Howard fans, verses in Spanish provided by Nic Perea that build up into a short, sweet little guitar lick that then dives into a heavy, chugging chorus sung in English and tied up with some nice vocal harmonies.

It’s after that that some of the band’s new musical directions begin to peek out. Cañón may be the most “pop” that the group has gone. And that isn’t by any means a criticism. “Surprise” is based in a bouncy, Magical Mystery Tour sounding riff that is either played on a keyboard or on guitars that are played and produced to sound like keys, which either way is a new direction for such a guitar heavy band. “Don’t Say Shit You Don’t Mean” has one of their best choruses backed by a burnished, grooving instrumental track. The closing song, “Swimming at Night” may be their most drastic and interesting divergence from their usual sound, occupied by a sunny, canned acoustic guitar, psychedelic swagger, and a joyful chorus that teeters on a number from The Muppet Movie.

Along with some of the stylistic tweaks, the album shows off their increased prowess as musicians, particularly in the guitar playing. All of the songs are very compact, and the band consistently comes across as being a cohesive, well-oiled machine. It isn’t obvious by listening to the album that these guys toured with Stone Temple Pilots (though “Bubba Two-Shoes” does have a slight 90’s alternative weight to it).

That said, playing all of those shows and watching a veteran rock band play every night seems to have paid dividends for the group. This is a more seasoned and polished Camp Howard than we’ve heard on previous endeavors. They make it all work with tremendous confidence, showing off a real versatility and great potential from a band who, though young, had proven their chops. It’s a lot of fun to watch these guys grow as a band, and Cañón is a lively, accessible and very enjoyable piece of evidence that they’re one of the best young rock bands on the east coast, if not the whole U.S. of A.

So why is a South Carolina music site writing about a band from Richmond, VA? Camp Howard has a pretty strong base in Charleston, having played at DIY venues like Makeout Reef and Dunk Zone and playing at The Royal American on October 20th of this year, two days after Cañón was released. They have a strong fan base here, as exhibited by the turnout and “sing-alongs” at the two shows that the band has played in Charleston in 2019. It was at The Royal American show that I personally realized just how good Camp Howard is and will continue to be. You don’t go to many bar shows headlined by out of town bands these days where people know the lyrics and cheer when they hear the opening riffs of the songs. Camp Howard’s one of those few bands that capable of doing that, and their new album adds a lot to their small but increasingly impressive canon. 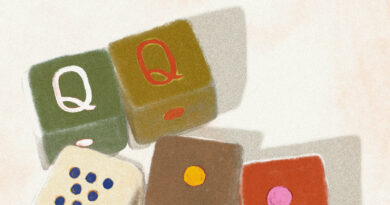