Last week, Babe Club released a new single called “Together”. The single comes from their upcoming EP, Remember This Feeling, which will at long last be released before the end of the year. The single made its debut last Tuesday along with a music video via American Songwriter, and is the second official single release from Babe Club, and the first since their debut “Hate Myself” was released in 2018, not long after Babe Club partners Jenna Desmond and Corey Campbell decided to part ways with SUSTO.

In addition to the upcoming EP, which was recorded in Atlanta with producer Dan Gleason of Grouplove, and engineer TJ Elias (Liz Cooper & the Stampede, Manchester Orchestra), Babe Club has also been down in Atlanta working on what will become their first full-length album. In early May the band also released a fantastic quarantine-inspired cover of “Road to Nowhere” by the Talking Heads, and in April 2019 they released a one-off track called “Queen of Me” that was included in the film Pageant Material.

The press release for “Together” included a quote from frontwoman Jenna Desmond that explains both the band’s mindset behind writing the song and the timing of the release:

“When Corey and I originally wrote this song, it was about discovering new things about each other as life changed and challenged our relationship. A year ago when we were finishing the recording process we would have never guessed that we’d be releasing it during such a troubling time. A global pandemic shutting down our world, and people protesting on the streets demanding justice and equality. Though it’s obvious our song wasn’t intended for this, we hope that it can bring some joy to you all, joy to being together with other humans whether they be friends/family/lovers/strangers. We’re all in this together. The lyrics say “I’m trying to be normal again”. I think a new “normal” is on the horizon.”

The music video for “Together” was created by Jorge Arroyo of Small Galaxy Productions and Taylor Czerwinski of 9 to 5 Magazine. It features two nuns enjoying each other’s company and friendship at various spots around Charleston. Listen and watch below. 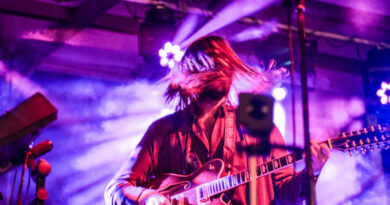 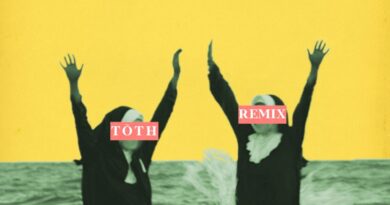