“Days Like This” is a later hit for Van Morrison, released in 1995 as the title track for his album of the same name. By this point, his hits like “Brown Eyed Girl” and “Into The Mystic” were already several decades old, and “Days Like This” was proof that he still had it in him.

The laid-back, positive track is a play on the popular expression “one of those days,” used to describe a day when nothing seems to go your way.

Instead of describing a bad day, Morrison flips that idea on its head and describes a day when everything seems to be going just exactly perfect. This message, of course, fits the soothing nature of the arrangement quite well, making “Days Like This” a concoction of glowing energy.

Part of the beauty of “Days Like This” is the fact that the whole thing sounds like one giant chorus, except the song does not actually contain a traditional chorus.

Instead, Morrison wrote five consecutive verses that describe the opposite of bad things that might happen throughout any given “one of those days.” Each one using the refrain “There’ll be days like this,” which ties everything together and makes it catchy.

Let’s take a look at the lyrics, starting with the first verse:

First verse to “Days Like This” by Van Morrison.

Rain is an image commonly associated with a crappy day, and with the first verse Morrison makes it clear that today, it’s not raining.

Nobody is complaining, either, and everything is happening exactly as it should. It feels as easy as flipping a lightswitch. He says that his mother always told him there are good days ahead, but perhaps he didn’t believe her.

Second verse to “Days Like This” by Van Morrison.

Here he references the Bible, when Judas betrayed Jesus with a kiss to identify him, ultimately leading to his crucifixion.

Life continues to be just dandy in the third verse:

Third verse to “Days Like This” by Van Morrison.

This verse has more of the same kind of phrasing as the previous verses, with things fitting perfectly together like a puzzle.

However, here he adds the element of using this day as a reminder on all the bad days that may follow, that there are still good days ahead.

After the third verse, we get a nice little saxophone solo before rolling into the fourth verse. The lyrics here echo the sentiment of the third verse, except Morrison changes it up even more:

Fourth verse to “Days Like This” by Van Morrison.

Here, Morrison waits to hit the “There’ll be days like this” refrain until the last line, instead using the earlier lines to build tension and create some more complex images.

The fifth and final verse is up next, and things are starting to wind down:

Fifth verse to “Days Like This” by Van Morrison.

You’ll notice that Morrison returned to the format of the first verse here, bringing things full circle to close out the song.

Watch the music video for “Days Like This” by Van Morrison below. 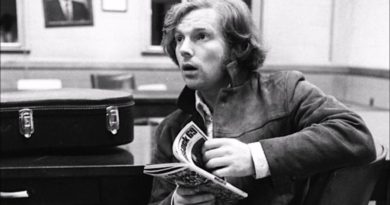 The Meaning of Van Morrison’s “Into The Mystic”