Jimmy Buffett’s “Come Monday” is often spoken of as one of the songwriter’s best, and we tend to agree with that. Released in 1974 as a single from his album Living and Dying in 3 / 4 Time, “Come Monday” was Buffett’s first single to crack the Top 40, and remains one of his most beloved and well-known songs.

Lyrically, “Come Monday” offers much more than his other hits like “Margaritaville” and “Cheeseburger in Paradise”. Rather, “Come Monday” shows Buffett’s soft side, and depicts him missing his lady while out on the road.

Specifically, Jimmy Buffett is singing about the Labor Day Weekend run from 1973, which had him doing a three-night run at Lion’s Share in San Anselmo, CA, just north of San Francisco. He was missing his then-girlfriend, later wife, Jane Slagsvol.

This is introduced in the first verse:

Headin’ out to San Francisco
For the Labor Day weekend show
I got my Hush Puppies on
I guess I never was meant for glitter rock ‘n’ roll
And honey, I didn’t know that I’d be missin’ you so

Here, Buffett sings directly about going to San Francisco for a Labor Day Weekend show, and not exactly feeling it. The Hush Puppies he sings about are a popular brand of casual footwear, often worn by the beach and boat-going crowd.

It’s worth noting that in the radio single, the lyric about Hush Puppies was changed to “I’ve got my hiking shoes on,” probably to avoid blatantly advertising for the Hush Puppies brand.

We all know that Buffet was part of the beach and boat-going crowd, though he ended up in the spotlight, of course for writing music that goes hand-in-hand with the island lifestyle that he was living.

From listening to “Come Monday”, though, you can see that sometimes he would prefer to live a more peaceful life, away from the buzz of rock and roll, and he looks forward to returning home from tour on Mondays.

Buffett sings about this in the chorus:

Come Monday, it’ll be alright
Come Monday, I’ll be holdin’ you tight
I spent four lonely days in a brown L.A haze
And I just want you back by my side

We can see that he’s no longer singing about the San Francisco Labor Day weekend shows, but instead a run of shows in Los Angeles, which is known for having a haze of polluted air surrounding it.

With this we can see that Buffett wasn’t just missing Jane after the one run of shows, but he’s always missing her and waiting to return home to have her by his side again.

Buffett goes deeper into this lifestyle, describing about a minor heartache that came up in their relationship:

Yes, it’s been quite a summer
Rent-a-cars and westbound trains
And now you’re off on vacation
Something you tried to explain
And, darlin’, since I love you so
That’s the reason I just let you go

In this verse, Buffett sings about his fast-paced summer, traveling around the country playing shows. Taking cars, trains, and everything else to get to the next destination. When he finally returns home, she is off on vacation, so he doesn’t get a chance to see her.

Buffett says that she tried to explain, but he still didn’t understand, but let her go anyway because he loves her and wants her to be happy. The meaning here is that his lifestyle doesn’t dictate her life, and she is free to do whatever she wants.

Then we get another chorus before Buffett further declares his love in the bridge:

Here, the lyrics recall a night in Montana where the pair must have discussed how they would love each other no matter would, and there would never be a doubt.

This is why Buffett is able to keep his head up when she’s away, because he loves her that much. It must have worked out for them, too, because while the pair did separate for a while in the 80s, they got back together in 1991 and are still together after all these years.

This Buffett is quite the sweetheart, huh? The third verse offers well-wishes and offers up plans for what they’ll do after Monday comes and goes:

Amidst all these tender lyrics is a musical arrangement that draws out a peaceful nostalgia that makes this such a wonderful song. It’s a song of longing, but longing with confidence that everything will be alright.

“Come Monday” also shows that there is more depth to Jimmy Buffett than just songs about drinking and living a life of island escapism. While he was off doing that, he was pining away for a lover at home and a break from the wear and tear of life on the road.

For that reason, “Come Monday” has a timeless quality, and is a good listen both on a sunny day at the beach and during a solitary rainy evening at home.

Watch the video for “Come Monday” by Jimmy Buffett below, which features an introduction from Jimmy Buffett himself, telling the story of the song and the music video in his own words. 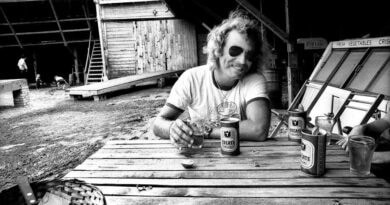