blink-182 made a name for themselves in the late 90s and into the 2000s with high-energy songs filled with juvenile lyrics. Not to mention the band’s all-around fun presence and notorious stage antics.

They did, however, occasionally touch upon deeper emotional subjects with their lyrics, and “Adam’s Song” off their 1999 album Enema of the State is the pinnacle of that.

There has been a ton of speculation over the years about the meaning of “Adam’s Song,” and today we’re here to clear that up, but first let’s start with an analysis of the lyrics.

The song tells the story of a kid named Adam who is feeling down in the dumps and contemplating suicide.

Adam remembers all the times when he screwed up, which all seem trivial from the outside, but to him they are depressing and demotivating, and he has reached his breaking point.

blink-182’s Mark Hoppus introduces this scene in the first verse:

I never thought I’d die alone
I laughed the loudest, who’d have known?
I trace the cord back to the wall
No wonder it was never plugged in at all
I took my time, I hurried up
The choice was mine, I didn’t think enough
I’m too depressed to go on
You’ll be sorry when I’m gone

Here we can see that this kid is truly feeling down in the dumps, and suicide feels to him like the only option. This is dark, for sure, but as the song progresses we can see that “Adam’s Song” actually has a positive and hopeful message.

In the chorus, Mark recalls better days, back when he was sixteen and felt alive and free:

I never conquered, rarely came
Sixteen just held such better days
Days when I still felt alive
We couldn’t wait to get outside
The world was wide, too late to try
The tour was over, we’d survived
I couldn’t wait ’til I got home
To pass the time in my room alone

However, in addition to lyrics that reminisce upon the brighter days of youth, Mark also throws in some words about being on tour, and how he can’t wait to get home and be by himself.

Mark has confirmed that the initial inspiration for “Adam’s Song” came about when he was feeling lonely while on tour, and daydreaming of the end of tour when he gets to go home. From there the song evolved into the hopeful suicide prevention anthem that it is today.

Before the hopeful part, though, we have the second verse. This is the darkest part of the song, when it seems Adam has truly reached the point of no return:

I never thought I’d die alone
Another six months I’ll be unknown
Give all my things to all my friends
You’ll never step foot in my room again
You’ll close it off, board it up
Remember the time that I spilled the cup
Of apple juice in the hall
Please tell mom this is not her fault

Adam is again recalling the trivial things that he has done wrong, including spilling a cup of apple juice. He is beating himself up over minor mistakes to the point of being ready to commit suicide, and thinking about how his mother might feel when he’s gone.

Then, we have another repetition of the first chorus, followed by another chorus with altered lyrics. These lyrics suggest suggest that Adam has changed his mind, and doesn’t end up committing suicide after all.

Thus, we have a happy ending:

I never conquered, rarely came
Tomorrow holds such better days
Days when I can still feel alive
When I can’t wait to get outside
The world is wide, the time goes by
The tour is over, I’ve survived
I can’t wait ’til I get home
To pass the time in my room alone

“Adam’s Song” is easily the most powerful song in blink-182’s entire catalog, and it has helped many overcome suicidal feelings over the years, as has been expressed to the band in numerous fan letters.

However, there was one extremely sad occasion when the song was played during an actual suicide in the year 2000, just one year after its release.

Columbine High School student Greg Barnes, who lost a friend and a mentor of a teacher during the massacre at the school in 1999, hung himself in his family’s garage with “Adam’s Song” playing on repeat.

Mark spoke about this incident in an interview on MTV in 2001, where he discusses how the song is an anti-suicide song and how it feels terrible for the song to be used in that way. The band later retired this song as it was too difficult for them to perform it in a live setting afterwards.

Mark’s response is quite touching, and explains the meaning of the song in his own words:

There has also been some speculation over the years that blink-182 were inspired to write “Adam’s Song” after receiving a letter from a fan named Adam who committed suicide.

The speculation has been proven false, although many still believe it to be true today.

The letter in question was actually pulled from a play written by John Cosper, which tells the fictional story of a student named Adam Krieger who posts a suicide note to the internet blaming many of his peers for his problems.

Joe Shooman’s 2010 book Blink 182 – The Band, The Breakdown & The Return looks into the origins of this song, and actually got ahold of John Cosper himself to explain how there was no connection whatsoever between “Adam’s Song” and his play:

The play was written in 2001 with a different title, Final Word. It was re-named and released on the web as Adam’s Letter in around 2005. The actual suicide note was written by me as a part of the pay script. As it was written two years after the blink song, there is absolutely no connection whatsoever between the note and the writing of the song. By the same token, the naming of the central character was a coincidence. The name goes back to the original script; I had no knowledge of blink-182 or their music at that time.

John Cosper on “Adam’s Song” and his play, Final Word.

However, Cosper did also mention that after hearing of this strange coincidence he did explore the music of blink-182 and hopped on board as a fan. It makes sense, as their music can be quite infectious.

Watch the music video for “Adam’s Song” below. 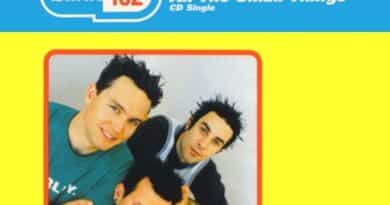 The Meaning of blink-182’s “All the Small Things” 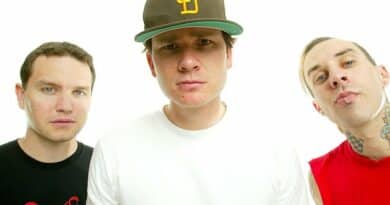 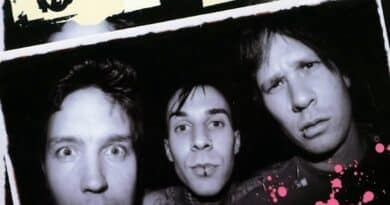 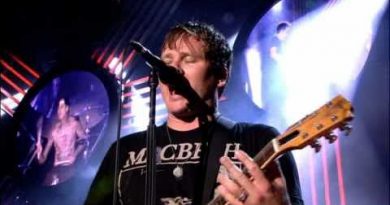