Few guitars have such a storied history as Willie Nelson’s Trigger. The country music legend and noted marijuana advocate has been playing the Martin N-20 Classical since he was just a young outlaw in the year 1969. The guitar has been with him for over fifty years and he has played it on every album, and during every live performance ever since he got it. That’s over 10,000 concerts and over 85 studio albums, by the way.

The story begins, oddly enough, with Nelson’s previous guitar, an 800C Electric Classical that was gifted to him by the piano company Baldwin, in 1968. Nelson and his band had a show one night in 1969 at the John T. Floore Country Store in Helotes, TX, and it was broken when a drunk dude stepped on it after Willie placed it in its case at the foot of the stage.

Nelson sent the busted guitar to his old buddy Shot Jackson, a luthier based in Nashville. Jackson told Willie that the instrument was damaged beyond repair, and instead offered him the Martin N-20 that was soon to become known as Trigger.

While Willie wasn’t a huge fan of the bulky neck on the Baldwin guitar, he was a huge fan of the sound generated by the pickup, the proprietary Prismatone piezoelectromatic that boasted six ceramic sensors, allowing the guitar to be amplified with a stereo cable similarly to an electric guitar.

Prior to this technology, the only way to get an amplified sound out of an acoustic guitar was to play into a microphone, which obviously has its drawbacks when paired with a backing band of amplified guitars.

Shot Jackson told Willie that he could rig up the Martin with the Prismatone pickup so that amplify it in the same way he could with the Baldwin, plugged directly into the C10 amplifier that they had also gifted him. That was all Nelson needed to hear. He agreed and purchased the instrument for $750, sight unseen.

Thus, Trigger was born. Though Willie did not name it until years later.

When he first got Trigger, it didn’t look much at all like the beat-up and ragged old guitar that it has become today. It was still a crisp, clean amber color, without the recognizable hole worn through beneath the fret board or any of the other scars that it has acquired over the years, though it did have the sound that Willie was looking for – one that was inspired by the great songwriter Django Reinhardt.

Willie had not owned Trigger very long when a fire broke out at his home in Ridgetop, Tennessee, not far outside of Nashville, in the winter of 1969. The house burned to the ground along with everything in it (including some unreleased masters), but not before Willie rushed back inside to rescue two very important items: his now-famous guitar, Trigger, and a pound of some real good weed.

This turned out to be a major life-changing event for Nelson, because while he was a respected country singer in the Nashville scene, and he had enjoyed some early success with his songwriting, he wasn’t happy with the direction that the country music industry had taken.

Willie’s house burning allowed him a fresh start, and it was when he moved back to his home state of Texas in 1971 that his career, and thus the story of his trusty old axe Trigger, truly started to blossom.

The first album on which Willie Nelson played Trigger was 1973’s Shotgun Willie, his Atlantic Records debut, containing now-classics “Shotgun Willie” and “Whiskey River”. He has since played the instrument on every single studio album that he has released.

In 1974, Willie performed in the pilot episode of the television series Austin City Limits, which is now the longest-running music series in television history, on October 17th, 1974. The entirety of his performance is available on Youtube these days, and I’ve included a stream of it below.

You may notice that by 1974, Willie had already worn a hole through beneath the bridge on Trigger with his rough picking, both by hitting it with the pick itself and with his fingers, as he had been known to alternate between finger-picking and strumming with the pick.

Since Willie has been particularly rough on his guitar, and that he relies on Trigger exclusively for both the live and studio setting, it became been imperative for him to keep the instrument in working condition. This was the job of Willie’s stage manager, Poodie Locke, who brought Trigger to the luthier Mark Erlewine in the mid-seventies for the first time.

Erlewine has worked on the guitar ever since, and he has done quite a bit to the instrument over the years.

The first priority for Erlewine was the ever-growing hole in the spruce body. Each time the guitar was brought to him between tours, the hole had gotten bigger, and he continued to add mahogany braces beneath the soundboard to ensure that the thinning wood would not puncture further.

Soon the braces themselves were exposed by Willie’s rough playing, and Erlewine resorted to splicing in small pieces of spruce to bolster the remaining wood from the original body. At its worst, the worn hole beneath the bridge almost connected with the sound hole.

At some point, Trigger had also been dropped on its side, causing the wood to crack around the guitar’s input jack. Erlewine covered the hole with a metal plate and the input jack went around to the underside of the instrument.

Nelson also had a habit of fidgeting with the tuning peg for the D-string while on stage, a nervous tick that he wasn’t even aware that he was doing. Erlewine replaces that tuning peg on average once every four or five years, but the shortest that one has lasted has been a mere nine months.

A rare occasion when it was not Mark Erlewine who worked on Trigger but rather the Los Angeles-based Rick Turner came in 1989, when the bridge had broken free from the guitar while on tour in Southern California.

Willie and the band were set the play a show the very next night, and so Turner completed a repair that typically takes at least 48 hours in just one day. With the new bridge installed, the show was able to go on.

In the early 1990s, the IRS came after Willie for not paying his taxes and seized most of his assets, which included just about everything but his guitar, which by that point had seriously been showing some wear. This left him strapped for cash and he entered a period of intense work to make up for the money he had lost to the government. He released nine albums between 1992 and 1996, including the one that he cites as his personal favorite, Spirit (1996).

All this playing on an already-old guitar had certainly taken its toll, and Willie had not exactly been gentle with the instrument. The first five frets on the neck were worn down almost to nothing, but Willie always refused to have the instrument re-fretted, as he was happy with the way it sounded. The worn frets caused Willie to have to push even harder on the strings to play the proper note, which of course sped up the wear, but Nelson didn’t mind.

A Guitar With Character

Trigger was given its name sometime in the mid-90s, after it had suffered years of abuse from the songwriter who owned it. According to Willie, he named the instrument after a horse owned by Roy Rogers, and has often been quoted saying, “Roy Rogers had a horse named Trigger. I figured, this is my horse!”.

It’s true that the name itself gives the instrument some character, which is made even more whole by the imprint left on it by the legendary Willie Nelson and his remarkable personality. Yet aside from all these things, another element that makes Trigger a special guitar is the over one hundred different artists who have left their autograph on it over the years.

Nowadays only thirty or so of the signatures and carved initials and names are still visible, with the others have been worn down with the rest of the instrument, but there have been a whole roster of country artists and other notable people from Willie’s life to sign the guitar.

At this point, there isn’t anybody that knows exactly who has signed Willie Nelson’s guitar, but it is known that the late Leon Russell holds the distinction of being the first one to etch his name into it with a knife. Johnny Bush was another one of the first people to sign it, and names like Johnny Cash, Kris Kristofferson, Waylon Jennings, and Gene Autry have also found their way onto the body of Trigger, and many more.

Then, of course, we have the biggest character in this story, Willie Nelson himself. The guitar has truly become an extension of the artist, as you very rarely see one without the other. It is difficult to imagine anybody other than Willie Nelson playing such a beat-up old guitar, one that has aged just as gracefully as the man who wields it.

Watch a 2015 Rolling Stone interview with Willie Nelson where he discusses the history of Trigger below. 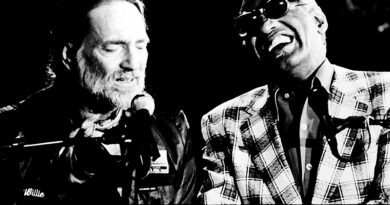