When people think of reggae music, the first name that comes to mind is most often Bob Marley. Born Robert Nesta Marley in Nine Mile, Jamaica in 1945, Marley wrote undoubtedly some of the best reggae songs of all time, and is perhaps the person most responsible for bringing reggae music to the masses. This was all during a relatively short career, spanning just 13 short years in the public eye before his untimely death in 1981 at the young age of 36, after a long battle with acral lentiginous melanoma under his big toe.

While the modern pop-culture depiction of Bob Marley generally glorifies the pot-smoking, rasta-colored and laid-back side of Bob Marley, the real Bob was much more serious and would probably prefer to be remembered as an activist. Don’t get me wrong, the man did enjoy kicking back with a spliff, as evidenced by the song “Easy Skanking”, his music also contained deeply political undertones that contrast the sunny vibe present in his songs.

Marley’s ability to master this juxtaposition is part of what made him such a special talent. He managed to craft a catchy, feel-good energy in the music, but his lyrics often spoke of slavery, political turmoil, and revolution, and he really did “Stir It Up” in terms of his political persona.

Overall, Bob Marley was a total badass and an awesome songwriter. He wrote some of the most iconic, well-recognized, and influential songs of all time. Here we’ve done our best to narrow it down to just the 10 best Bob Marley songs. Read on to see how we rank them.

One of the lesser-known Bob Marley songs to make this list is “Rebel Music (3 O’Clock Roadblock)”. Coming from the politically-charged 1974 album Natty Dread, this track presents a yearning for freedom and a rallying call for the beaten-down. Here, Bob Marley explores the powerful unifying affect that reggae music could have on the people of Jamaica. The chorus infuses a tribal energy complete with horns and excellent harmonies from the The I–Threes that gives it an epic, yet eerie feel. It’s lesser-known perhaps because it isn’t as sunny and positive-feeling as most of Marley’s biggest hits, but it stands strong upon its own merits.

If you’re ever have a down day, just put on Bob Marley’s “Easy Skanking” and let it float away. His vocals on this track sing in such velvety tones about lighting up a spliff (“Excuse me while I light my splif”) and taking it easy. The harmonies sung by The I-Threes (Rita Marley, Judy Mowatt, Marcia Griffiths) add a charming element that also makes the song exceptionally catchy, like many other Bob Marley songs. Then, when you think it couldn’t get any better, they bring in a sultry saxophone solo for the bridge. “Easy Skanking” is one of my personal favorite Bob Marley songs, though I couldn’t give it the distinction of being the best one.

Confrontation is final studio album from Bob Marley & The Wailers, album number thirteen and the only one to be released after Marley’s death. “Buffalo Soldier” was the single from Confrontation and it wasn’t long before it became of Bob Marley’s most popular songs. The lyrics depict the “Buffalo Soldiers” of the U.S. 10th Calvalry Regiment in the 1860s during the American Frontier Wars (important distinction: this was a peacetime regiment established before the Civil War). The catchy tune presents these Buffalo Soldiers as representative of black power and resilience, giving the lyrics a timeless message in the face of black oppression in America. It’s a prime example of what I discussed earlier; Bob Marley’s uncanny ability to serve up a serious message on a laid-back and chill platter.

“Three Little Birds” is perhaps the most popular Bob Marley song, containing the iconic chorus “Don’t worry, about a thing / ‘Cause every little thing, is gonna be alright”. The song is a source of comfort on a cloudy day, and of excitement and optimism when you’re sailing along on a sunny day. In the case of “Three Little Birds” and many other Bob Marley songs, the music is the medicine, whether you need it or not.

Famous for more than just Marley’s funky reggae groove, “I Shot The Sheriff” was made ultra-famous in 1974 when Eric Clapton released a cover of it on his album 461 Ocean Boulevard. Clapton’s rendition reached the number one spot on the Billboard Hot 100, and does get some credit for helping to spread the word about Bob Marley and reggae music in general. The lyrics here are about shooting the Sheriff John Brown, but later being blamed for the killing of the deputy, which Marley himself explains are about justice. This is also the final single that Bob Marley recorded with Peter Tosh and Bunny Wailer before each of them left to embark on their own respective solo careers.

Showcasing the wholesome, loving side of bob Marley is the classic love song “Is This Love”. This is one of those songs that everybody and their mother knows about. It’s also one of the few love songs about a positive, healthy relationship that isn’t total cringe. Marley really hits a full-on home-run with this song and it is always a pleasure to listen to.

Opening the 1973 album Burnin’ is one of the most politically-charged songs in the Bob Marley catalogue, “Get Up, Stand Up”. The track encourages people to come together and stand up in opposition to corruption and hatred in the world. Although the song is from 1973, it remains relevant as ever today. The message strongly suggests that instead of waiting around for salvation in the afterlife, people should unite and take the rights that they and everybody else deserve during their lifetimes on earth.

“Stir It Up” is a laid-back love song about finding your way back into the presence of a lover whom you missed very dearly, and whom also shares those feelings. The two of you have nothing to do except sit around and “Stir It Up” together, in peaceful harmony and without paying attention to the time. It’s quite the vibe, and it features the iconic bassline that will have you swaying your hips from side to side, whether it’s your first time hearing the song or your hundredth time today.

For the interest of the Deadheads out there, the Jerry Garcia Band was known to cover Bob Marley’s “Stir It Up” from time-to-time in the late seventies.

Originally released on the album Natty Dread, “No Woman, No Cry” was co-written by Bob Marley along with his friend Vincent ‘Tata’ Ford, who is actually the person who taught Bob Marley (plus Peter Tosh and Bunny Wailer) how to play guitar. The song is about a memory that Ford has of a woman crying in the street in front of his home, and the story goes that he sat under a tree in Trenchtown and strummed his guitar while writing the words to the song.

The studio version is good for sure, but the live version from the Lyceum in 1975, from the album Live! has way more guts. This is the version that has really become famous, as it is played slower and with more emotion than the studio cut. It’s the version that people know, and the one that earns this track its spot on this list.

Another little aside for the Deadheads out there: The Bob Marley & The Wailers concerts from 7/17/75 and 7/18/75 do take place at the same Lyceum in London where the Grateful Dead played a four-night stand to close out their famous Europe ’72 tour.

“One Love / People Get Ready” tops our list as the best Bob Marley song because it combines everything that makes Bob Marley an incredible artist: the positive message, the wonderful harmonies, and the lyrics of compassion and unity. Following the message in Marley’s music can only lead one down a path of peace and love, and that’s a path we should all be walking down. 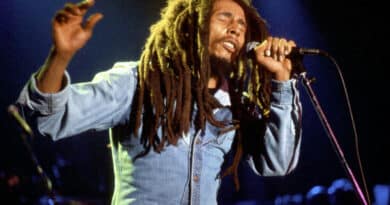 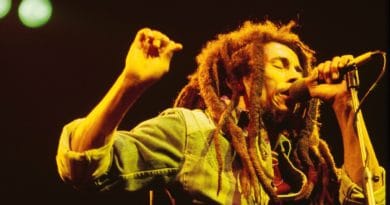 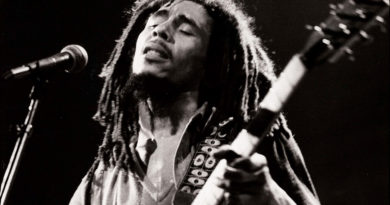 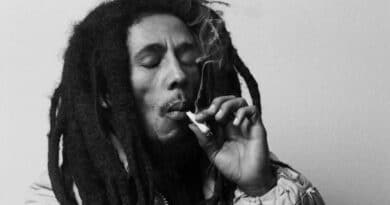