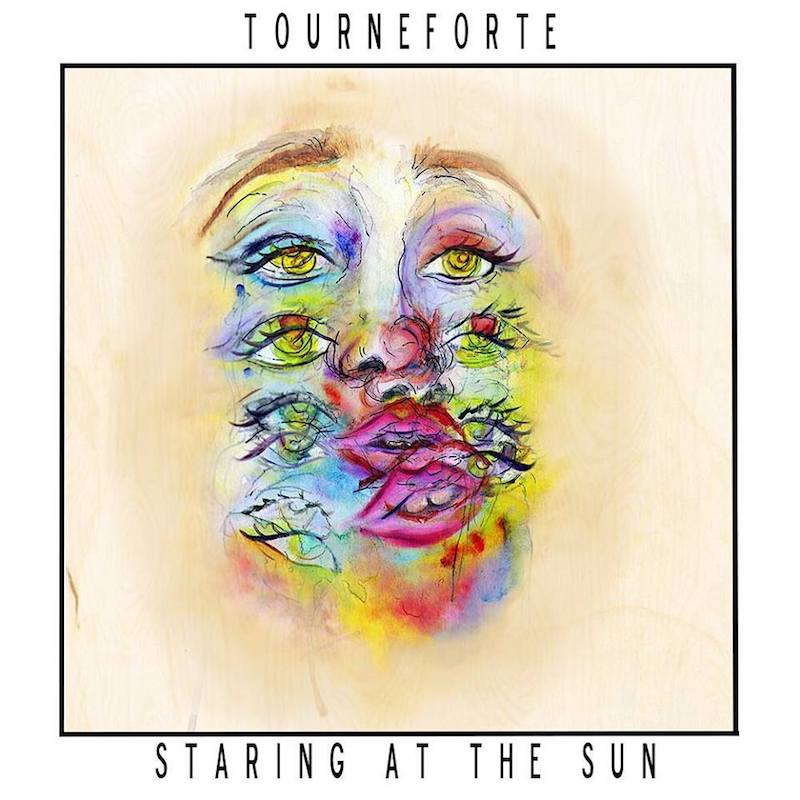 If you’ve ever found yourself looking for a good pop-punk band from South Carolina, look no further than Tourneforte and their new EP, Staring at the Sun. Hailing from Myrtle Beach, Tourneforte consists of James Uzzel on lead guitar and vocals, Quinn Cicala on bass, and Kyle Brewster on drums. They released Staring at the Sun in early August after more than a year of working on it in Matt Tuton’s studio here in Charleston.

To start this review off by leaning on a cliche, I’d say that all the time in the studio was time well-spent. From the calm opening guitar riffs on “Sunsets”, you can hear the sharp production that continues throughout the record. Uzzel’s vocals come in slow at first, like the guitar and bass, but then the drums kick in and the record sucks you into the zoned-out trance that we all yearn for when listening to a good pop-punk song.

The trick is not breaking that trance as the record continues. Tourneforte mostly accomplishes that, keeping the listener engaged with a healthy mix of self-deprecating storytelling and the right amount of instrumentation to accent it. You want to be able to place yourself inside of the lyrics, finding a way to relate to the singer’s emotional writhings in your own special way, even if it’s indirectly. Tourneforte pairs all that can’t-grow-up hopelessness with a glimmer of hope that things will get better, as long as you’ve got your music and some type of grip on your sanity.

I say that Tourneforte mostly keeps the trance because some of the transitions do leave something to be desired, taking me out of focus for just enough time to remember that I’m listening to a record as opposed to meditating on all the things that I could be doing better in my life. Thankfully, though, Staring at the Sun is strong enough to drag me right back in every time.

Pop-punk is a genre that is tough to get right because of a lot of what comes from that realm is truly corny, but Tourneforte has managed to make a quality pop-punk record in 2018, and for that they should be awarded with lots of people at their shows and thousands of plays on Spotify. But not happiness, because then we would never get a good Tourneforte record again.

You can work on those Spotify plays by giving Staring at the Sun a spin below.