As perhaps the most well-known song from one of the most popular American rock bands of all time, the meaning of Eagles’ “Hotel California” has been the subject of much conversation over the years. The song is the title track from the Eagles’ 1976 album of the same name, which is the band’s best-selling album (if you don’t count their Greatest Hits album), and also brought us hits like “New Kid in Town” and “Life in the Fast Lane”.

“Hotel California” was released as a single in February 1977 and topped the Billboard charts for a full week, and has since become an all-time classic. The song brings to mind the California subculture of the 1960s and 1970s, with lyrics that tell a mystical tale of visiting this strange hotel in the middle of the night.

During your stay at this establishment, you encounter a myriad of sights and characters, including “Tiffany-twisted” women with their pretty boyfriends, and one would assume lots and lots of drugs and shady business.

There is an entire story told by the lyrics that is vague, but enchanting, and it is easy to see why fans would spend decades debating the true intent behind them.

On a dark desert highway, cool wind in my hair
Warm smell of colitas, rising up through the air
Up ahead in the distance, I saw shimmering light
My head grew heavy and my sight grew dim
I had to stop for the night

For those wondering, “colitas” is a Spanish word meaning “little tails”, which is often used to refer to the leaves of the marijuana plant. So as our narrator approaches this mysterious”Hotel California”, he can smell the cannabis smoke, even from a distance.

The song was written by Glenn Frey in collaboration with fellow band members Don Henley and Don Felder, who contributed an original demo titled “Mexican Reggae” that turned into the song, with Frey being responsible for most of the lyrics.

Don Henley has spoken a few times during interviews about the meaning of the song, and it usually boils down to what he said during his most recent appearance on CBS in 2016:

Even the band knows that the lyrics to “Hotel California” are pretty ambiguous. This is probably part of the reason why this song has stood the test of time so well, because in a way the ambiguity makes it feel relatable, even if you’ve never been to California (especially if you’ve taken drugs). Perhaps it’s something like hopping on the bus, once and for all.

“You can check-out any time you like, But you can never leave”

This brings me to one of the more prominent fan interpretations of “Hotel California”, and one that I’m quite partial to myself. Over time, many fans have interpreted the song as a long, drawn out drug trip, suggesting that “The Hotel California” really stands for THC, and the trip to the Hotel California is like entering into the psychedelic world.

If the band weren’t purposely imagining a night at this strange hotel to be a metaphor for drug use, the lyrics certainly allow for this interpretation. Plus, the musical arrangement also makes the song sound like a voyage, with a slow buildup into a steady, easygoing groove that culminates in a guitar solo that represents the peak of your experience.

The other theory, which is cryptic and fairly ridiculous, gives a satanic interpretation of “Hotel California”, an idea that came about during the Satanic Panic of the 1980s. The theory goes that when the founder of the Church of Satan, Anton LaVey opened his church in San Francisco, the Eagles were lured in, and the lyrics are about their deal with the devil.

Some say that the band’s path after releasing the song, to fame and excess, mirrors the themes of excess in America that are presented in the song, until tensions between the band members forced their breakup in 1980. Perhaps this was part of the deal, that they would achieve their goals but they were doomed to fall victim to the dark undercurrent.

Supporters of the Eagles satanism theory suggest that you can find proof of this satanic meaning in two ways. The first being on the inner jacket of the Hotel California album, there is a photo taken at a party in a hotel lobby. On the upper balcony is a dark figure, and if you zoom in on it, the face of Anton LeVey is revealed standing in the window.

It is also said that therehere are cryptic messages that you can only hear if you play the song backwards. This was said to be their way of masking the satantic intent of the song, with phrasses suggested to be heard including, “Yeah, Satan hears this, He had me believe in him”, “Yeah Satan, He organized his own religion”.

Whether or not you believe in this, you can listen to “Hotel California” backwards here.

While these fan theories are certainly interesting to ponder, the truth is more likely that the Eagles came up with this song on their own, without any satanic influence, but perhaps a little bit of THC. 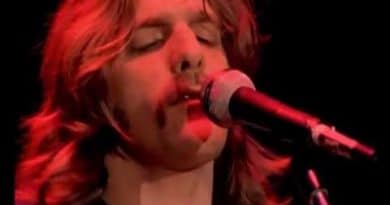 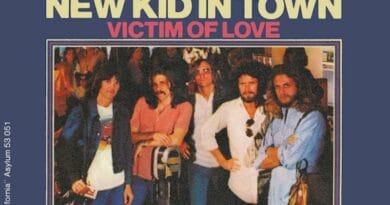 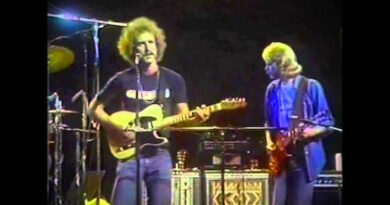 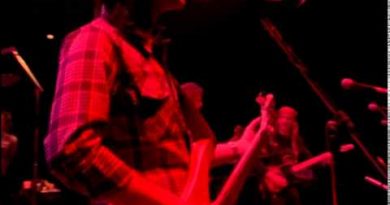 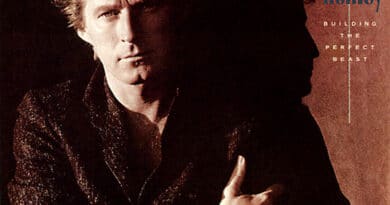 2 comments on The Meaning of the Eagles’ “Hotel California”