Coming up on the New Orleans hip-hop scene, Lil Wayne has been in the public eye since 1996, back when he was just 13 years old and running with a group called Hot Boys. From there he came up through the game, and in 2005 he released Tha Carter II, the first Lil Wayne album to achieve critical and mainstream success. From there it was it was off to the races — the golden era of old school Lil Wayne.

Lil Wayne has doubtless had a long and successful career that continues to this day, but these days one would hardly refer to him as the “Best Rapper Alive”, as he used to call himself. The thing is, when Lil Wayne was calling himself the best rapper alive, there were a lot of people out there who agreed with him. He truly was putting out hit after hit of infectious rhymes spit with that signature rasp. This continued for a while, but like all good things, it couldn’t last forever.

In 2010, Lil Wayne went to jail to serve his time for the infamous 2007 tour bus arrest. The story goes that Wayne was smoking blunts on the bus when it was raided by police, who found some illegal firearms. In the end Lil Wayne only had to do 8 months behind bars, but that jail time came at the peak of his career. He has since shown glimpses of his past glory for sure, but nothing he has released after getting out has truly lived up to that same level. It’s almost like he was on autopilot during those days, effortlessly spitting these extremely memorable and catchy verses.

That’s why for this sake of this article, we’re going to define old school Lil Wayne as any song that came out before he was released from prison; so anything before I Am Not A Human Being, which dropped on Lil Wayne’s 28th birthday, September 27th, 2010. Lil Wayne was released from jail on November 4th, 2010, and started working on Tha Carter IV (and Sorry 4 The Wait) after that.

Find below some of our favorite old school Lil Wayne tracks, listed in chronological order in the best way we can based on what sometimes scarce info is to be found on the internet. You’ll notice that most of the songs on this list are either from Lil Wayne’s mixtapes or standalone leaks, with only a few songs from his albums. There is a ton of underground Lil Wayne music that was released and leaked over the years, and you could spend months digging through it. The studio albums hardly scratch the surface of his catalog.

“Hustler Musik” was the second single released off Lil Wayne’s 2005 album Tha Carter II. While that album does have some memorable songs, this is the one that I find myself going back to all these years later. The way he dances around the smooth beat shows that he was starting to find the flow that would turn him into the king of hip-hop over the course of the following few years, or the “Best Rapper Alive”, as he refers to himself for the first time on this album. This is an old school Lil Wayne song in the mainstream, but before he truly hit the gravy train. For what it’s worth, Tha Carter II was the first Lil Wayne project to receive coverage on Pitchfork.

A very underrated and lesser known old Lil Wayne song is “Georgia… Bush”, the closer off his Dedication 2 mixtape. The first part of the song is a vicious attack on then-President George W. Bush for how he handled the Hurricane Katrina situation in New Orleans. Then, after Lil Wayne finishes lyrically eviscerating the President, he proceeds to go in over the beat for 2Pac’s classic “Ambitionz Az a Ridah”. That second section of the song is sometimes called “Weezy’s Ambitions”. I think it’s best to listen to the whole thing straight through, because you get the full effect. Lil Wayne destroys the President and then destroys a beat from one of the best to ever do it. These are some of the best Lil Wayne lyrics of all time, and if that’s what you enjoy about Lil Wayne’s mixtape songs then you’ll love this track.

“Sky’s The Limit” is an extremely catchy lyrical dance that comes from Lil Wayne’s Da Drought 3 mixtape. This mixtape was considered by Rolling Stone to be one of the best albums of 2007, and it was just a mixtape. “Sky’s The Limit” is the best song on that mixtape. It comes in hot with the hook right away, and proceeds to spit bars. It’s one of Lil Wayne’s best mixtape songs, and maybe even one of the best Lil Wayne songs ever in terms of his lyrical prowess as a rapper.

Here we have Lil Wayne taking the opening verse, and thus stealing the song from forgotten rappers Jha Jha and Freekey Zekey. “Beat Without Bass” contains one of those memorable Lil Wayne lyrics: “I take 3 L’s to the head; love, live, life then I’m dead”. The only thing holding this song back is the fact that Lil Wayne didn’t just have all three verses to himself. Instead we get one fire opening verse from Lil Wayne and then mediocre verses from two random rappers from 2007.

“Prosititute Flange” is probably the closest thing to a feminist song that you’ll ever get from Lil Wayne, and even that is up for debate. In his best singing voice, Wayne explains how he doesn’t care what his girl’s history is, so long as she keeps it real. The drawn-out vocal style that Lil Wayne uses here is just weird enough to be catchy, and like many other songs that Lil Wayne made during his peak years, this one might stick with you.

Ah, another Lil Wayne love song, except this time it runs as lot deeper, and seems to reflect on a painful lost relationship. “Something You Forgot” samples Heart’s “What About Love” while Lil Wayne raps about a lost the mistakes he made and how he just wants his girl back. He is surprisingly vulnerable here, and many listeners in the Youtube comments remember using lyrics from this song to convince their girlfriends of days past to give them another chance.

Some of the best old Lil Wayne songs are the laid-back weed songs, and “La La La” is one of those. It was from the studio sessions for Tha Carter III, the album which ended up including a similar song called “La La”. Rest assured, “La La La” is a different song, and in my humble opinion is better than the song that actually made the album. Especially if you’re smoking on that…

A standalone leak from the pre-Carter III days is “Pussy, Money, Weed”. It’s another love song from Lil Wayne, except this time it’s mostly about sex. The beat samples the OutKast song “Jazzy Belle”, and Lil Wayne goes in telling us all about how he’s going to take care of his woman, but in and out of the bedroom. Spoiler alert: he’s trying to dip his celery in her bleu cheese.

“I’m Me” was originally intended to be the opening track on Tha Carter III, but it was leaked in advance of the album along with a few other tracks. Lil Wayne decided to take them off the album and release them as an EP, and came up with different material for the album instead. The whole EP is good, but “I’m Me” is the best.

This list wouldn’t be complete without “A Milli”, even if everybody knows it already. This is Lil Wayne at his peak, infecting the minds of people all over the world. Tha Carter III won a Grammy, and “A Milli” is still to this day one of the most popular songs that Lil Wayne has ever released. You can hear that bass bumping down the entire block, and somehow it still hasn’t gotten old. Even if it has been one of the most overplayed rap songs for more than 10 years.

No Ceilings is one of those pieces of music that if you were the right age when it came out, you remember what happened. No Ceilings absolutely took over the music landscape as soon as it was released. The entire thing is freestyled over popular hip-hop songs, and Lil Wayne does many of them better than the origanal, right off the top of his head. “Wasted” goes in over the Gucci Mane beat from the song of the same name.

Another No Ceilings standout is “Watch My Shoes”. You can truly pick and choose your favorite track from the entire mixtape, so if you haven’t already heard that I recommend just going to Datpiff and listening to the entire thing. The original “Watch My Shoes” is by 3 Deep.

Lil Wayne founded the label Young Money in 2005, but things really started to pop off along with his fame a bit later. In 2009 the Young Money thing really peaked with the album We Are Young Money, which featured every artist on the Young Money roster, with Lil Wayne on every song except for one. “We Be Steady Mobbin” is the classic from that album.

Right before Lil Wayne was released from jail he dropped the album I Am Not A Human Being, thus ending the Extra Chill-defined old Lil Wayne period. Here he is in the process of passing the torch to Drake, and “Right Above It” was huge upon its release. It was the last major hit that Lil Wayne released during his peak years, and one of the many collaborations with Drake that he released during this time, and since.

Sorry 4 The Wait was a mixtape that Lil Wayne released between getting out of jail and releasing Tha Carter IV, titled thus because the album was delayed. That mixtape definitely still had some of the magic of old Lil Wayne songs, but didn’t quite reach the height of No Ceilings. “Sure Thing” is one song from Sorry 4 The Wait that does show glimpses of that old, chill Lil Wayne, before he got into all the hype stuff of the 2010s.

What’s your favorite old school Lil Wayne song? Let us know in the comments below! 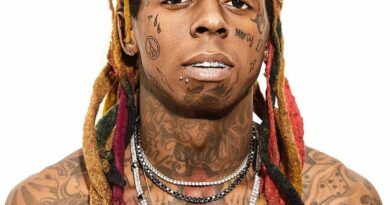