Tomorrow, Friday, August 7th, McKenzie Eddy makes her return to music as a solo artist with the release of “Stingray”, her first solo material to see release in six years. This morning we’re happy to offer an exclusive listen to the new single, which was co-written and co-produced with her husband, Elliott A. Smith. The pair have collaborated frequently in recent years, including as members of the Very Hypnotic Soul Band as well as helping to produce Benny Starr’s A Water Album, recorded live at the Charleston Music Hall in 2018.

McKenzie’s extended hiatus from releasing music as a solo artist follows an “industry burnout” that led to her deciding to move from NYC back to Charleston in 2013. Her last solo record, Slow Your Horse Down, Son, was released in 2012 and included collaborations with hip-hop greats such as Ski Beats, GLC, Cam’Ron and Vado, and Murs. She was also co-founder of DD172 alongside Damon Dash in NYC’s Tribeca.

Upon returning to Charleston, she opened the now-closed art space and music venue King Dusko, and got involved with several musical projects, but it wasn’t until she met her now-husband Elliott that she began to open herself back up to recording and releasing her own music. The two have spent the last six years cultivating their collective and individual artistic voices, with both recently making a long-time-coming return to being full-time artists.

“I haven’t released any solo music for so long for so many reasons – the main reason being that I had a lot of negativity surrounding music after leaving New York,” she says. “My musical heart had been broken. For me, making music – finding a sound – has always been about collaboration. But it’s impossible to cultivate or create when all of your trust has been broken. When I met Elliott, all that changed.”

“Stingray” is the first in a series of singles to come from McKenzie Eddy this year. It’s appropriate that after a six year hiatus the first single released has a hook that starts with “Take your time”. The song, and especially the hook, is centered around self-growth and being your own source of healing, and doing so at your own pace. It was created in collaboration with Elliott as well as Wolfgang Zimmerman and Jimmie Choate (guitarist from Very Hypnotic Soul Band), and the group vocals at the end feature Zandrina Dunning, Alicia Modoor, Mado Smith, and Jordan Igoe.

“The main thing I have learned is not to force it,” McKenzie says. “What do I want to say? How do I want to say it? Those are the two main questions I ask myself before putting art out into the world. For a long time after I left NYC I didn’t know what I wanted to say. Learning how to be ok with that being the case and not feeling like I was in some way giving up on my art – that’s the main thing I’ve learned. And also learning that it’s ok to be in the background for a while, to play other roles. It’s ok to go internal, to not always be the one in the room talking. Sometimes that’s what you NEED as an artist, to be quiet. I guess what it boils down to is that I’ve really learned how to trust myself.”

The plan, according to McKenzie, is to release another single, “Helicopter”, before the end of August, and then release one single per month for the rest of the year.

Listen to “Stingray” by McKenzie Eddy below. 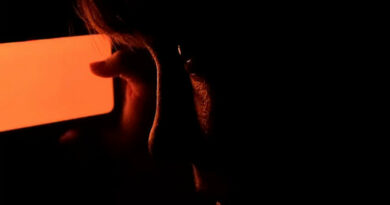