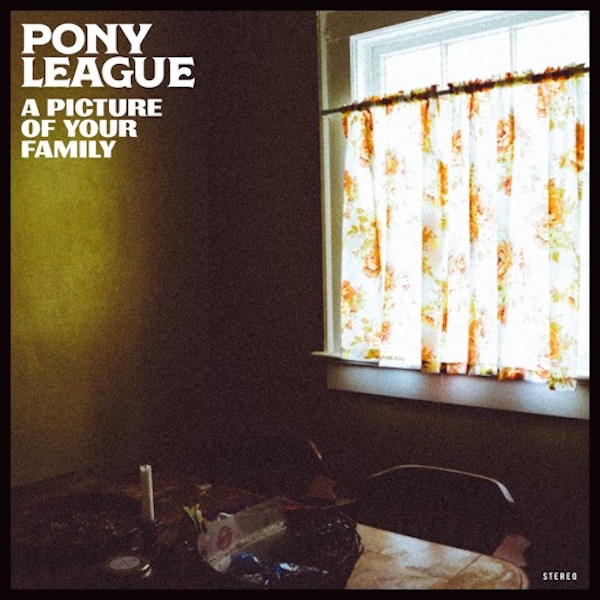 Pony League are an Atlanta-based folk rock band whom the Charleston people reading this may have seen at The Royal American a few times over the years (most recently on Saturday, March 10th). They have a new album coming out on March 23rd, titled A Picture Of Your Family. I had the pleasure of giving an early listen to A Picture Of Your Family, and after spinning it numerous times I can confidently say that this record rocks.

This will be the first new Pony League album since 2014’s A Fresh Start in the Same Old Town. As soon as you fire up A Picture Of Your Family you can hear the evidence of nearly four years worth of touring and the self-discovery that comes with it. From the opening drumstick clicks to the acapella finale of “Free to Leave”, there is a sense of clarity that comes not only from the crisp production but also from the feeling of being in this thing together that Pony League manages to convey with these songs.

I think this level of feeling that Pony League is able to conjure up with A Picture Of Your Family is partially due to the fact most of the current Pony League members have been playing music together for many years, since before Pony League as we know it even existed. Back in 2011, Pony League was known as Cute Boots, and they ran a successful Kickstarter campaign to fund their debut album, Born and Raised.

After playing with that debut record for a while, the band got to work recording what would have been the first full-length release from Cute Boots, but actually ended up becoming the debut Pony League album, which of course is called A Fresh Start in the Same Old Town. To make a long story short, there were some inner band struggles that led to founding member Jenae Roseen leaving the band, and a near-miss on a breakup. Pony League emerged from their hard times with a new sense of direction, or as you might say, “A Fresh Start in the Same Old Town”. The band continued onward with a shifted focus that helped to start them down the path to where they are today.

Listen to this little bit that frontman Gus Fernandez did with NPR for more background on that:

Anyway, back to this new album, A Picture Of Your Family. With this record, Pony League adopts a mindset that says to me, “if you can’t do everything you want, well, you might as well do what you can”. The lyrics focus on accepting the conditions and situations that you find yourself in and figuring out the best way to make things work out. These songs encourage listeners to keep moving forward, but don’t forget to look back sometimes to see how far you’ve come, and remember the people who have touched your life along the way.

Pony League weaves these themes between laid-back song structures that serve to accent the stories told through the lyrics. There’s a certain sentiment that shines through in A Picture Of Your Family that seems to tell me that when I get lost, either literally or metaphorically, the only thing I can do is pick my head up and figure out what comes next.

A Picture Of Your Family is due out on March 23rd, and if you couldn’t tell from reading the above review, I strongly recommend giving it a listen. For a taste of what’s to come, I’ve included Spotify streams of the album’s three singles, “Boats”, “Mile Marker Dance”, and the title track, “A Picture Of Your Family”. Enjoy.