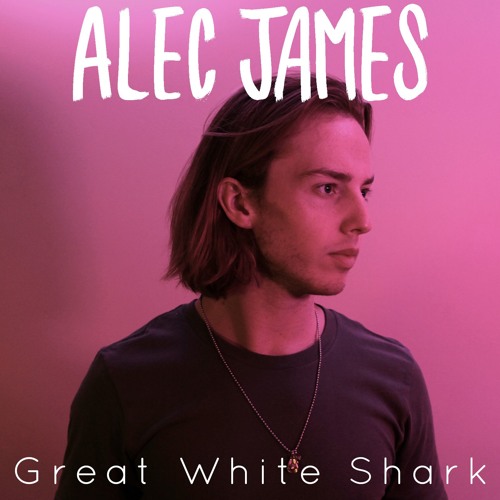 With his last release being a 2015 EP Right Here Right Now, it’s been a little more than two years since we’ve heard new music from South Carolina singer/songwriter Alec James. The debut EP features six songs that are mainly driven by an acoustic guitar. For his newest single, “Great White Shark”, Alec took a purposeful departure from the acoustic feel in favor of an electronic sound with synth and bass. Alec says that he wanted to come on strong with the new single, giving listeners something different that he still felt was part of himself.

Despite the drastic change in style, Alec’s songwriting process was the same for “Great White Shark” as it has been for almost every song he’s made in the past. When it comes time to write a song, Alec steps into his garage with a glass of bourbon, a guitar and a loop pedal. He drinks his bourbon and fiddles around with his guitar and some lyrics until he comes up with something that works. That’s why if you compare “Great White Shark” to the songs on Right Here Right Now, it doesn’t feel like it’s made by a different artist, even if the style is totally different. Fittingly enough, the new single was produced by David Spencer, who also produced “Whiskey Soaked” off his debut EP.