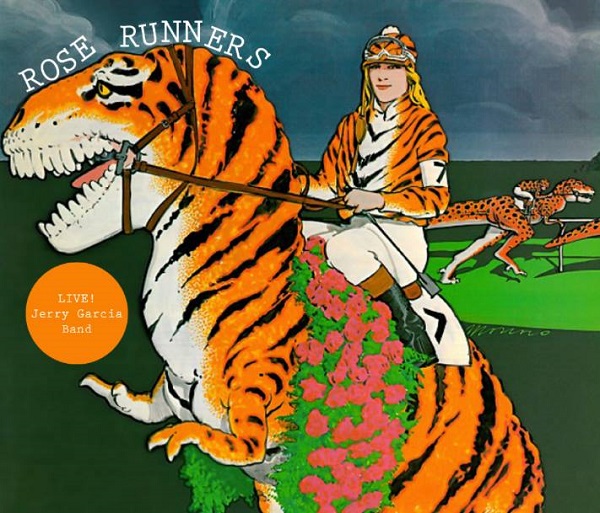 Charleston Pour House delivered 4 sets of free music on hump day once again. From 6:30ish to 1:00ish the music from Jerry Garcia and The Grateful Dead filled the air. Last night 2 sets of The Reckoning and 2 Sets of Rose Runners took on a high energy, dynamic, and soul driven tribute to the timeless catalog with a rotating cast of pour house vets.

The deck was packed for a second set that kicked off with an exploratory “Playin in the Band” that took Wallace Mullinax and Rusty Cole to a familiar play of Jerry and Bob in the that “Main Ten” 10/4 time signature that went on for upwards of 14 minutes. Following was the Wake of the Flood classic “Here Comes Sunshine” filled with harmonies giving Bob Hogg a voice. During the first jam the tempo picked up with plenty of cymbal work from drummer Wes Powers to bring a dynamic rise leading into pedal work from Wallace. “China Cat Sunflower” poked through as Rusty Cole made a sandwich out of it leading back into “Here Comes Sunshine”.

During the next jam Chris Duvall led a synthesized organ setting to his keys and delivered a fabulous segue for Rusty to lead the band into “Terrapin Station”. This 30 minute string of songs culminated with a “Terrapin” that took its time to fabricate a tapestry that seemed fitting for a sultry night in the Lowcountry.

The Reckoning took to the blues with “I’m a Hog For You Baby” before heading into “Wharf Rat” and the last compositions of the night. The quick pace of the “Friend of the Devil” fit perfectly at the end of their 2nd set. Compliments of Bobb TheGill Hogg and timely posts on archive, the set is available for listening online.

Two more sets were to follow, this time by Rose Runners made up of Tom Crowley on guitar and vocals, Jeff Kozelski on guitar and vocals, Dennis Ware on drums, Matt Thompson on bass, and Alan Brisendine on keys and saxophone. The group strung together both singalong and the more rare JGB tunes.

With upwards of two and a half hours of music, “My Sisters and My Brothers” was definitely one of the more wholesome highlights teamed with “Waiting on a Miracle” the produced organ work reminiscent of Merl Saunders by Alan Brisendine, Saunders never carried a sax though.

Throughout the night the audience was treated with explosive vocals from Crowley and Ware such as their rendition of “Cats Down Under the Stars”. Rose Runners also incorporated the cast of musicians in the crowd as Bob Hogg sat up for a few songs, Chris Duvall took the keys while Alan worked his sax, and Rusty Cole sat in for “Dear Prudence” which seemed to build to a seemingly different peak to each measure.

“Dont Let Go” had Tom Crowley singing lead with support from the band on back up vocals to keep the feet on rhythm. Before the band’s encore numbers that felt like a third set entirely, they took “Deal” to the proper realm of Jerry Garcia Band and took a break.

The final three songs that served as an encore after a break for Dennis Ware which led up to The Reckoning drummer Wes Powers taking over on the kit. “That’s What Love Will Make You Do” kicked the encore set off with solos from both guitars on stage and keys.

Check out Jerry with some pep in his step from 1980:

Following that a nice and fast “The Harder They Come” came in with a favorite among JGB fans “Aint No Bread in the Breadbox” to close out the night. Thanks to the musicians, Pour House, and Susannah Elliott for the awesome photos. 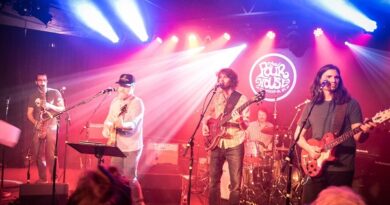 The Reckoning to Bring Grateful Dead to Party at the Point on Friday, May 19th