Black Sabbath’s Ozzy Osbourne has made quite the reputation for himself in the media over the years, with his drug and alcohol-fueled antics, but perhaps the wildest story of them all is the time he bit the head off a bat.

It was January 20th, 1982, during a show at Veterans’s Memorial Coliseum in Des Moines, IA. There were around 5,000 fans in attendance, one of them being the 17-year old Mark Neal. At some point during the show, Neil tossed this bat onto the stage, and it landed right at Ozzy’s feet.

Ozzy, being the supernatural freak that he is, noticed the bat lying there on the stage. Assuming it must have been a fake bat, made of rubber, he picked it up and placed it in his mouth.

As if simply inserting the animal into his mouth wasn’t enough, Osbourne then proceeded to bite down on the bat’s neck, severing its head.

It was only after biting down that Osbourne learned that it was not a fake bat at all, but as real as they come. He recalls this moment in his 2010 memoir I Am Ozzy:

Immediately, though, something felt wrong. Very wrong. For a start, my mouth was instantly full of this warm, gloopy liquid, with the worst aftertaste you could ever imagine. I could feel it staining my teeth and running down my chin.

Ozzy Osbourne on the time he bit the head off a bat.

Marc Neal, watching from the audience, was mortified, because he and his friends alone knew where that bat had come from. It had been brought home from school by Marc’s younger brother two weeks before the concert, with the intention of becoming a household pet.

The bat didn’t live long, and on the night of the concert Marc and his friends thought it would be fun to bring the bat’s remains with them to the Ozzy Osbourne concert, sealed in a plastic bag.

After the show, Osbourne was rushed to the hospital, where he received rabies shots that he recalls as being quite painful, as he discussed on an interview with David Letterman not long after the incident.

It’s also of note that this interview took place on March 25th, 1982, just 6 days after Ozzy’s guitarist Randy Rhoads died in a plane crash on March 19th. That incident is also discussed here:

For context, this was during the time in Ozzy’s life when he was most into the partying side of rock ‘n’ roll, and had in fact been kicked out of Black Sabbath over it in 1979.

Ozzy’s solo career took off after the release of the massive hit “Crazy Train” in 1980, a song that seemed to accurately describe his life at the time.

In fact, Ozzy’s 1980 album Blizzard of Ozz even managed to outsell the Black Sabbath album Heaven and Hell, which was the first one made without Osbourne’s vocal contribution.

Black Sabbath’s best songs like “War Pigs” just weren’t the same without the debauchery that he brought to the table, despite the skill of his replacement Ronnie James Dio. Ozzy and the fans both knew it, and Osbourne rode that wave, and rode it hard.

The bat incident has followed Ozzy through his career ever since, becoming one of the most famous rock myths of all time.

In fact, the story is so famous that in 2019 Osbourne decided to capitalize on it by releasing a toy bat with a severed head, in honor of the 39th anniversary of the incident. These bats are still sold in his web store today.

Osborne even took it a step further in 2021, launching the NFT collection called CryptoBatz, which allows fans to own one of 9,666 unique bats on the blockchain. 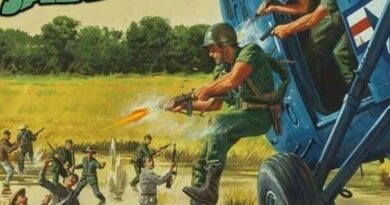