Prince’s “Purple Rain” was more than just a song. It was also the title to the movie in which Prince made his acting debut, and of course the album that propelled him to superstardom, spending 24 consecutive weeks at the top of the Billboard charts upon its release. Prince, with his iconic Cloud guitar, had become an international success, and the beautiful “Purple Rain” today is still in full rotation amongst music lovers all over the world.

In order to understand the true meaning of “Purple Rain”, one must look at the song’s roots. The glorious rock ballad placed Prince on the map as a rock star in his own right, but believe it or not, “Purple Rain”, was initially written as a country song to be sung as a duet with Stevie Nicks.

Stevie Nicks and Prince became friends when he played synthesizers on her song “Stand Back”. As a fan of Prince herself, “Stand Back” was actually inspired by the Prince song “Little Red Corvette”.

At the end of their time working together, Nicks recalls telling Prince that she would love to collaborate with him again in the future. Prince followed up by sending her an early demo of “Purple Rain”, which at the time was just a ten minute, emotionally moving instrumental track. He had asked her to pen lyrics for the song, and she declined because of fear, she says:

It was so overwhelming, that 10-minute track, that I listened to it and I just got scared. I called him back and said, ‘I can’t do it. I wish I could. It’s too much for me.’ I’m so glad that I didn’t, because he wrote it, and it became ‘Purple Rain.’

Perhaps Stevie Nicks could sense that Prince was truly onto something with this one, being a stellar songwriter herself, and didn’t want to interfere with the process.

The Prince-penned lyrics are far from the country duet that he initially had in mind when reaching out to Nicks. They invoke imagery of a deep purple storm taking place, with a lost lover shining in the twilight. For 8 minutes and forty seconds Prince sings of sorrow and pain, and the wailing of his guitar proves that he really means it.

That meaning, however, is more of my own personal interpretation. Prince himself explained the meaning of “Purple Rain” to NME in 2016, in what was probably a quick, one-off email to the editorial staff:

When there’s blood in the sky – red and blue = purple.. purple rain pertains to the end of the world and being with the one you love and letting your faith/god”guide you through the purple rain

Prince on the meaning of “Purple Rain”

As for the phrase “Purple Rain” itself, Prince borrowed it from the America song “Ventura Highway”, which has the lyric, “Sorry boy, but I’ve been hit by a purple rain”. He had this idea of a purple apocalypse in mind before, with the title track from his previous album, 1999, containing lyrics about a purple sky on Judgement day.

The demo version that Prince had sent to Stevie Nicks evolved from a ten-minute instrumental into the 8-minute slow jam that it is today one night at band rehearsal, right before they were about to leave.

As keyboardist Lisa Coleman recalls, Prince said, “I want to try something before we go home. It’s mellow.” And then they proceeded to develop the version of “Purple Rain” as we know it. Once they had the idea, they ended up jamming on it for 6 hours straight until they had it almost completely written and ready to go.

Prince was reportedly worried that “Purple Rain” may have sounded too much like Journey’s “Faithfully”. In early 1984, he sent a note to Jonathan Cain of Journey about a song he was working on. He told Cain that the chord changes were similar to “Faithfully”, and he wanted Journey’s blessing before putting it out. Cain was honored and told Prince that he knew it was going to be a hit.

When you listen to the album version of “Purple Rain”, what you’re actually hearing is a live recording from the benefit concert they did at the First Avenue Club in Minneapolis in August 1983. Guitarist Wendy Melvoin was playing her first show with the band, and she had been fitting in really well and Prince was excited about it. They recorded the song live that night and then took it into the studio to embellish it into an album-worthy form.

For a first take, I’d say they nailed it. Watch the music video below. 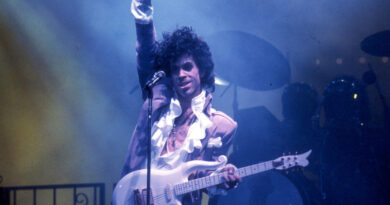 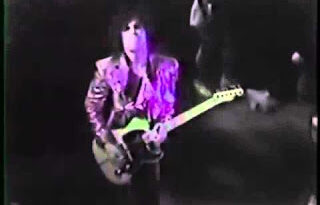 One thought on “The Meaning of Prince’s “Purple Rain””