Last month, Charleston musician and Fort Dorchester High School percussion teacher Matthew Kilby released his newest EP, I’m Afraid This Scripted Sadness is No Longer Poetic. The EP contains four alt-pop tracks recorded at home, including an updated version of the single “Talk to Me”, which we covered back in 2018. The EP has been two years in the making, and Kilby says that he used the free time during quarantine to finalize the songs and put them together as a cohesive album.

This morning we’re happy to debut the music video for “Pyramid Scheme” off the EP, a song about romantic anxiety spun through a retro filter. Keeping with the retro feel, the video was inspired by cringeworthy dating videos from the 80s, in which men would record little introductions of themselves to try and impress women. Almost like the 80s version of Tinder. See the video below for reference.

The “Pyramid Scheme” video features acting from Lily Miller, Mitchell Beck, and David Kilby, along with and animations created by Kilby’s brother Andrew. According to Matthew, Lily was the one who initially came up with the idea for the video which they all riffed off together to come up with the final product.

“Listening to the lyrics, the song made me think of loving someone who is larger than life, and as a consequence that person is overwhelming,” Lily recalls. “The words ‘I’m not quite as patient as the man I think you need’ really stuck out to me. I started thinking about the qualities in myself that can be too much and had a lot of fun turning the dial all the way up. I wanted the character to be fun loving and an exhausting disaster to be around.”

In addition to recording alt-pop songs, Kilby also publishes some more academic pieces of music, such as percussion ensemble pieces. At first he was worried that his academic music would not be taken seriously if he also wrote these alt-pop songs under his actual name, which is why “Talk to Me” was originally released under the name M. Kilby.

“I had a little bit of an identity crisis and wanted to create music for each genre under different names, and now I just don’t really care,” Kilby explains. “Finding whatever type of music I’m making should be as simple as typing in my name, regardless of genre; it just gets too complicated otherwise.”

You can check out Kilby’s other projects at www.matthewkilbymusic.com.

In the meantime, he’ll be trying to navigate the world of virtual learning that he’s been thrust into as a result of the pandemic. Despite the unfortunate circumstances, Kilby says that he’s pleased with the increased implementation of technology in education, and he thinks that the end result of all this pandemic stuff, in the long term, will be positive.

Watch the video for “Pyramid Scheme” by Matthew Kilby below, and stay tuned for a remix of “What We Have Found from the EP coming soon. 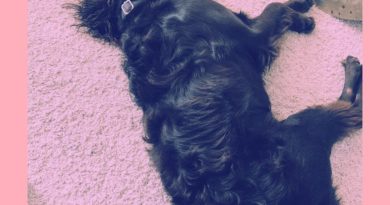 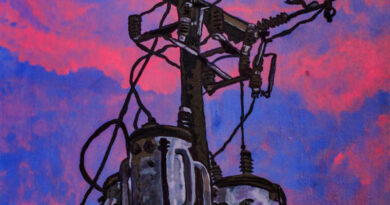