Darby Wilcox and the Peep Show are set to release their debut album 11:11 one week from today, on Wednesday, August 29th. Two singles have been released from the album thus far: “Song for You”, and “Tell It Like It Is”. This morning, we’re happy to premiere the third single from 11:11, “My Divorce”, along with an in-depth interview with Darby about her journey through the South Carolina music scene, from where she started up until where she stands today with the forthcoming release of this record.

There are album release shows for 11:11 throughout the weekend following its release, starting with Thursday, August 30th at The Space Hall of Columbia with The Restoration and King Vulture. Then the party moves to Gottrocks in Darby’s hometown of Greenville with Niel Brooks and Tom Angst. Finally, on Saturday, September 1st, The Peep Show comes to The Royal American here in Charleston to play with The Mobros, The Minks (who are also fresh off a new album release), and Dakota O.

Stream “My Divorce” by Darby Wilcox and the Peep Show below, and read our interview below that.

Chris Huber: You’ve been involved in the South Carolina music scene for a while now. How did you first get started playing music, and how were you first introduced to the scene?

Darby Wilcox: I moved to GVL from Anderson, SC when I turned 18. There used to be an open mic run by Ray Gunthner called The Acoustic Scene. He allowed you 15 minutes of original music. I met many of the musicians that still play around GVL today at that open mic. Ray was the first person to respect me as a singer-songwriter. He lit a fire under all of us. I feel like I have never written as many songs as I was writing at that time in my life. My first show there was opening for Ward Williams of Jump, Little Children along with my former musical partner, Sarah Clanton.

Ray gave me the opportunity to open for many amazing people there including Malcolm Holcombe. I met Piedmont Blues legend, J. Michael King, and Niel Brooks, (who just mastered my record,) at The Acoustic Scene and I still play music with those fine folks when I get the chance. From there we used to pick tunes over at the Pickin Parlor and I met David Smith and Smiley who then later opened Smiley’s Acoustic Cafe. That opened a major vein for songwriters and original music to flourish, including myself.

How have you noticed the scene evolving over the years? Do you think its overall a better place now that it was years ago?

For one there are places to play! When I first started playing music in Greenville I had very limited options. You didn’t go past Falls Park and even that was a little sketchy. Now there are street musicians almost every day downtown! Especially on the weekends! For those who say we have no venues here in town and we need something bigger I encourage you to show up to the shows/venues we have going on presently. Then, when we outgrow where we are, we can chat about a bigger venue. It takes a village!

I’d also love to point out the family feel aspect of our music scene. Everyone is incredibly supportive of each other. We want to see each other succeed. With the rapid pace that GVL is growing we have taken it upon ourselves to maintain that family love feel.

I give credit to Charles Hedgepath and John Durham both for putting together events and shows that encourage people to mix energies that may not have otherwise. For example, Build A Band. Local bands/musicians all get divided into categories. John then draws names to create six supergroups all made up of the locals. I remember I was paired with bands I was clueless to or even some I had only heard of. They are now my good friends! We shared a bond of picking out songs, outfits and so on. Their fans came out and vice-versa creating a stronger line of community. Such a badass thing to do! It’s only grown since then.

How did you and the Peep Show get together?

We got together by accident. Or “accident.” I knew each of my babes in separate situations of music. Nathan, my guitarist, being the longest running. I met him when I first moved to Greenville in 2005 or 2006. I made him a friendship bracelet that he wore until it fell off. We played tunes together on and off for many years. Sam, my bass player, moved to town shortly after. I met him on the back porch of Smiley’s. Sam says I was the first person who let him play out when he moved here and he just didn’t ever leave!

I had a residency at Compadres downtown GVL for 8 months. Every Friday I would invite my friends to come sit in and kick back a few margaritas. Matt Porter would come play drums with me and is the original Peep Show drummer. We played a few gigs together at Velo Fellow before there was a stage. We used to squeeze in where the couches are next to the front room bathroom. You never knew who would show up to play some lead so Velo dubbed us “Darby & Peeps,” but I found “Darby & the Peep Show more up my alley.

A few years later Matt Porter moved to California and Troy moved down from Nashville to play with Tonight’s Noise which included Matt Fassas. (All my boys are from Kentucky.) I used to sit in and sing harmonies with those boys and they all backed me up in my songs when I needed a full band. I was approached by Zac Thomas of the Jam Room to record an album of my original tunes full band. I wanted to feature all the people who had played with me over the years. That’s kind of when the Peep Show finally solidified into a consistent unit.

Your last recorded project She Took to the Sea was released way back in 2013. Why such a long gap? How has your creative process changed since then?

The gap was really a matter of life and money. I was nervous. She Took To the Sea only happened bc my friends, Stephen Russ and Colin Derek, made me come record. They said, “You’re coming to sing on this Fire Tonight album and in return we are recording an EP for you.” I said ok. It was the first time I decided to play what I wanted to play and stop giving a shit about what everyone else wanted…. it kind of stuck for me. Since then it was almost like I needed time to fine tune myself… my band was up in the air half the time and I was establishing a foundation of music family and fan base.. (or Fam base if you will.)

Zac Thomas, in similar fashion to my Fire Tonight boys, approached me for months about recording. It was the same story with DJ of Real South Records. He wanted to work with me, but I had to get used to the idea of moving forward even though I was always feeling the energy flowing that way. Sometimes it takes me a second to digest conquering my own fears and anxieties and allow others to help me. I try so hard to do it all myself and when it gets too much I freeze…. or make harder moves for myself. I’m grateful for my friends who have helped push me forward in a real way.

On top of that, life is always happening around us. I’m a single mom of a 10-year-old. As you can imagine I was working my ass off. Some days felt impossible, but I never let myself put it down. Not even a consideration. I value passion. I value doing what makes your heart sing. I never wanted to settle into the “parent life” of 9-5 and home. I wanted to ensure my kid knew what it meant to work hard at what drives you and never let yourself give that piece of your heart away. You can still be a good parent and do what you love.

My writing process has changed as much as I have changed as a growing human. I write very literally. They aren’t just stories, they are my real experiences. As I’ve grown into myself and learned how to love myself my music reflects that. Playing with the band has taught me how to listen more. I feel like I have such a beautiful thing in this band. I can bring my songs to them and we can nurture them together. I am very protective and secretive when I am writing my songs… it took me a long time to feel comfortable writing with others.

Was ’11:11′ the first time you and the Peep Show worked together in a studio setting? How did that differ from recording a solo project?

Well, solo I just sat down and had one or two takes. Basically just live recordings. With this record we took our time. We filled out the body of the songs with more instruments and colors. It was more of a three layered cake with beautiful icing designs vs a bowl of ice cream. Both delicious but take different effort to create.

Can you tell me about the cover art? Specifically, I want to know why you chose the animals you chose, and what it means in relation to the record.

Yes! The cover art was designed by Kelley Wills! She’s amazing. Each animal represents our spirit animals! Sam is the rabbit. He’s our bus driver keeping us aware of time. Troy is the penguin. Regal, goofy and looking into the moon. Nathan is the stag. Strong and sensitive. My dog Lucy is our guardian and her spirit animal is herself. I am front and center as the unicorn.

From what I’ve heard so far, the songs on ’11:11′ seem to be your take on relationships, and finding strength within yourself first and foremost. Can you tell me more about the storytelling element in your songwriting? Did you have an overarching theme in mind when writing these songs?

My themes come from experience. They are all from events that have happened to me and how I dealt with them… many are letters to the person who I wronged or felt hurt over me needing to take care of myself. Letters to explain my position. As I’ve grown older I’ve learned hard lessons. I’m constantly learning how to love myself and how to care for others even when I’m doing what’s right for me. It’s not been easy, but that’s the danger of messing around with a songwriter I guess. We’re artists and we are free.. and weird. I love that you feel an empowering theme. I love seeing people feeling empowered and standing up for themselves. Ultimately in the end you are all you are left with. If my songs help others feel that strength I am beyond the moon and humbled all at the same time. Again, it takes a village to get through this life. 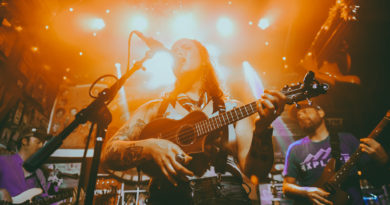 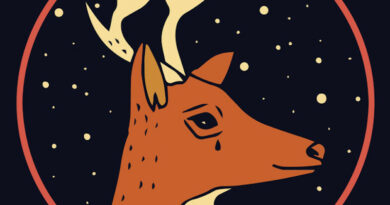 Darby Wilcox and the Peep Show – “Song for You”