Unafraid of a little camp, Skip’lo chose to open Bodega with satirical “E.R.,” and we hear a doctor and a nurse discussing a patient’s trauma while the near-dead patient can only barely whisper the words Bodega.

Bodega also features songs “Suck It Up,” Let’s Eat,” and “Make Room,” which were previously released as singles.

Both of the rappers show off their knack for fast rhymes and thoughtful lines, like “Being human virtually means we universally sharing pain” in “Rise and Run,” which also repeats “Then I realized waiting for a sign is dumb” and “It’s time to rise and run.”

“Bring the Drummer Back” is one of the most fun tracks on the album and features fellow idiosyncratic rappers Little Stranger. Backing vocals in the chorus add dynamism, and “Tonight I’m being comedic / In the morning I delete it / Please remain seated / See if you can see I’m not conceited / Need to amputate my leg for me to even be defeated” is a standout string of clever phrases.

Abstract That Rapper is featured on “Jungle Warfare,” which contains thoughts on confidence: “I got tired of being humble / So I brag and I boast / About the the things that I can do in life / You probably won’t,” and one of the funniest lines on the album, “Act fishy / Peel your lid back like a can of tuna.”

Stream Bodega by Skip’lo below. 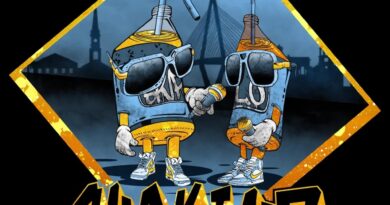 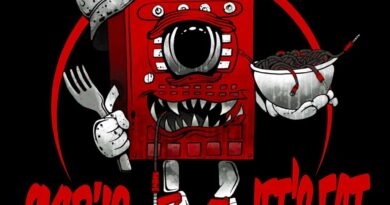