Last week, Runaway Gin shared a video from a wedding they played in November with the horn section, featuring the song “Also Sprach Zarathrusta”. Today we’re excited to share another preview of Runaway Gin with horns, with their cover of the Talking Heads’ “Crosseyed and Painless”, as performed by Phish (with horns).

“It’s a totally different kind of vibe and feel,” frontman and guitarist Andy Greenberg says. “A lot of these songs that are a little bit more intricate are gonna be super fun to play. We’ve got a couple of them in the works that we’re charting out that are more complex that are gonna be really cool to hear. And to play.”

See Runaway Gin performing “Crosseyed and Painless” with horns below, and read on to learn more about the concept and inspiration behind ‘Brass Apparatus’.

On Phish with Horns

As for the concept, Greenberg was naturally inspired by Phish themselves. Specifically, he cites two shows from the summer of 1991 where Phish were joined by a full horn section dubbed Giant Country Horns at Arrowhead Ranch in upstate NY, 7/20/91 and 7/21/91.

“The Arrowhead Ranch shows from New York, I had those tapes when I was in high school,” Andy recalls. “That was the first time that I had heard Phish with horns, and it was just on that bootleg. It was pretty fucking cool, man.

“I don’t think I had ever really, at that point, heard any rock band with horns,” he continues. ‘Thinking back to classic rock bands and stuff. I don’t really recall any particular band that came out with horns. The Beatles, The Rolling Stones, The Doors, Led Zeppelin… It wasn’t really done, that I can think of. And that was because it’s really more of a jazz thing than rock, you know?”

“So for Phish, which is a rock band, but it kind of has a foot into the jazz world, bringing out the horns made a lot of sense. They actually played a lot of songs that were jazz. A lot of times thinking of modern Phish I tend to think of more funk stuff, because with funk music the horns go well over that. Kind of like Tower of Power or P Funk, or a lot of different bands with horns. But I think originally when Phish brought the horns on it was more of in a jazz context.

“They had at least a couple of songs that were specifically jazz songs. Like “Caravan”, for example, on that first show. “Caravan” is a jazz standard.”

“Both of these shows are really fantastic, and I highly recommend them to anybody who has never listened to Phish with horns. It’s a great place to start out. And you’ll hear a lot of the inspiration, honestly, for what we’re gonna be doing at the show. We’re definitely gonna put our own twist on the lot of it, but this is kind of the impetus for me.”

The first show from Arrowhead Ranch 1991 is available on Youtube in nearly-full form, as is the second set of the second show. Check those out below, and see Phish.net for the full scoop.

On ‘Brass Apparatus’ and the Study of Phish

‘Brass Apparatus’ was born of these Phish shows, and Andy and the band have been hard at work preparing for Friday’s Pour House show.

“What I’m actually gonna do right after I get off the phone with you is go meet with Mike Quinn, and we’re just kind of going over horn charts,” Greenberg explains. “There’s somewhat of an improvisational element to it too, in that you give horn players solos obviously. But they have charts that tell them how to do three-part arrangements over the Phish songs. The rest of the band is playing the same thing that we always play, but then the horn section has composed parts, or written parts that are over it.”

“A lot of the artistry of adding a horn section like that is just writing the parts,” he continues. “The solos are just improvised. And it’s the biggest challenge of the whole thing, too. Luckily I have some charts that we wrote a long time ago, with Simon Harding, and we combined those with new ones that Mike has written. Then we’re going to put that all together to make this big show.”

It goes without saying that Greenberg has seen a lot of Phish shows, and being a musician himself he often found himself listening as a musician, hoping to understand what the band was doing and apply it to his own music.

“I’ve definitely gone through phases when I’ve done that. For example, I just went to see them at Madison Square Garden and I don’t think I was doing that a whole lot. Because eventually I kind of realized that thinking like that takes you a level out of the meaning of being a listener. Whenever you’re listening to something, and thinking about something else at the same time, part of your mind is occupied by what you’re thinking about it, so it’s not fully listening.”

“Perhaps that’s taking away from you feeling the music, you know, being academic about it. From an enjoyment perspective, nowadays a lot of the time I try not to think about that. Because it can be more enjoyable to just experience it and not be analytical about it.”

“But there was a time, for many years, where I was at the show listening to what they were doing and trying to understand the interplay and sort of deconstruct it so that I could apply it to projects that I was in, and understand it. Definitely, it was a very worthwhile thing to do.

“They certainly have strategies and things that they’ve, I’m assuming, talked about that allows them to communicate so freely on stage. Once you pick up on what they’re doing, and look closely into it, I feel like looking at it any more closely you just start making stuff up, essentially. Because a lot of it really is improv.”

“It’s definitely more about the enjoyment of it. And I definitely want to reconnect, at a Phish show, with the original thing that drew me to the band. Which is just listening to the music as an audience member and not as a musician, or as a person who plays that music. There’s a danger, and you can lose that, and then it becomes something different. I try to reconnect and keep the connection as pure as possible.” 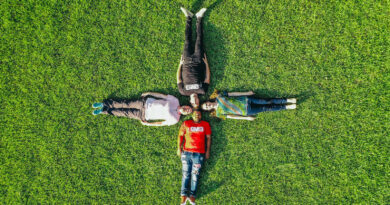 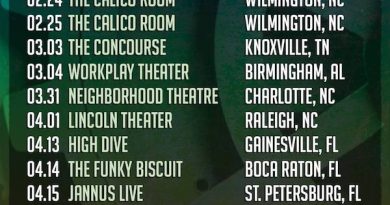 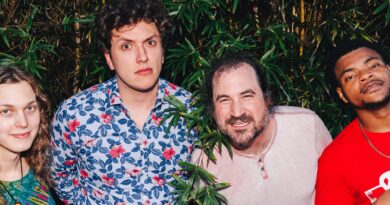 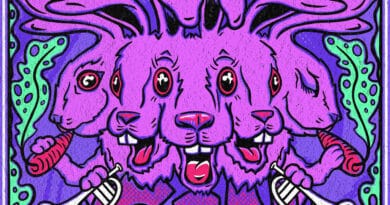