Tame Impala’s 2015 album Currents is considered an indie classic at this point, with the album’s fourth single “The Less I Know The Better” leading the pack as Kevin Parker’s most popular song. In fact, in May of 2021 it surpassed 1 billion streams, landing a spot on APRA AMCOS’ The 1,000,000,000 List.

While many of Tame Impala’s albums were recorded with a band, or at least another musician or two, Parker recorded Currents by himself in its entirety. Much like the rest of Tame Impala’s music, Currents is noted for its experimental production. The album makes use elements of both rock and electronic music to make a fuzz-filled psychedelic ride. These elements are especially present in “The Less I know The Better”, as noted by the heavy reverb on the vocals.

The lyrics, once you figure out how to decipher them through the haze, tell a story of unrequited love. It begins with a party scene during which Parker sees his love interest leaving with another guy named Trevor. He’s hurt but he does his best to keep his composure, considering maybe “you should try your luck with Heather.” Unfortunately he then hears that they slept together, and oh jeez, “the less I know the better.”

First verse to “The Less I Know The Better” by Tame Impala.

Rather than give up on this love interest, Parker decides instead to plead with her. He asks her if she can see herself by his side, but clearly she can’t because she’s with Trevor every night. Eventually he comes to the conclusion that she isn’t going to leave this guy, and he certainly isn’t going to change his mind, so he resolves himself to say goodbye.

Chorus to “The Less I Know The Better” by Tame Impala.

Apparently, though, this lover holds a torch for Parker as well. Or at least she claims to, because she reassures him that they will be together in ten years. Somehow, Parker agrees to wait for her, but requests that she doesn’t make him wait forever. At this point it’s hard to tell if the woman in the song is really special, or if Parker is just desperate for her love. Perhaps it’s a little bit of both.

Third verse to “The Less I Know The Better” by Tame Impala.

Finally, Parker reaches a breaking point, and our story shifts into one of clear desperation followed by anger and frustration. He tries convincing her again to leave Trevor to be with him, and then proceeds to wish that he never met her, because as soon as he saw her face he was doomed.

In the end he resorts to self-deprecation and seems to blame himself for the way that things turned out. When he sings “come on Superman, say your stupid line”, he is making fun of himself for the line that he had repeated over and over in his head to say to her.

Fourth verse to “The Less I Know The Better” by Tame Impala.

“The Less I Know The Better” was released along with a cinematic music video that depicts a high school basketball player falling in love with a cheerleader, who then starts dating the school’s gorilla mascot named Trevor. Created by the Spanish directors collective Canada, the video gives the song a provocative, psychedelic treatment. Watch it below (NSFW). 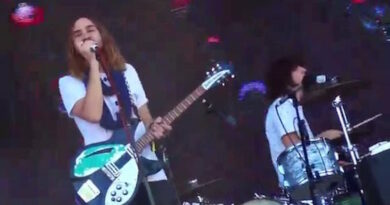