Brooklyn based soft-pop artist mxmtoon projects her mind lyrically as though she were confiding in a journal. At just 20 years old she finds herself living the dream after the release of dusk, her new EP. These 7 songs combine elements of acoustic and mellow-electronic sounds. On this EP are songs about strength in aloneness, being under quarantine, and the strength it takes to move on. This is a follow up to her previously released EP dawn and features Carly Rae Jepsen on the second track, “ok on your own”.

The name mxmtoon was originally the title of an Instagram account the artist, Maia, used as an 11-year-old up and coming cartoonist. “[It’s] my initials, ‘MXMT’ with ‘oon’ added to the end in order for it to be a roundabout way of making a username to represent ‘Maia’s Cartoons’” she explained at the start of our interview. Writing from the age of 13 and publishing since 16, making music professionally has simply been “amazing”. The 7 songs on dusk carry a certain calm and restfulness that has long since been easy to come by.

Matt Harrison: When did it first begin to feel like the dream of being a musician was coming true?

mxmtoon: I think after I played my first headline show in January of 2019! It was the first time I was playing my own show, and the whole venue sold out and my family came. I think the collision of my work and personal lives made it feel super surreal but really helped me realize my dreams were coming true.

MH: Who were among your first artistic inspirations and who do you look up to today, professionally or otherwise?

mxmt: My first would probably be Bon Iver or Sleeping At Last, and nowadays the most consistent one is Rex Orange County! In terms of who I look up to personally, I wouldn’t be half the person I am without Lizzo.

MH: How was working with Carly Rae Jepsen?

mxmt: It was so cool! She’s such a legend, and also one of the sweetest souls I’ve had the pleasure of meeting. I’m so glad I got the opportunity to work with someone who cares so much about her craft and was willing to feature on my song.

MH: How long did it take to be able to fully open up to writing what you really feel into music?

mxmt: I didn’t share with my parents what I was doing until the fall of 2017 after my presence with the press could just no longer be hidden from them. Yet, I didn’t really tell anyone at my school, most of them just slowly figured out what I was up to. Even then it came to a bunch as a surprise when I told my peers I wasn’t  going to college!

MH: “Show & Tell” struck me more than any other on the EP; are there any songs off the record that mean more to you than the others? If so, would you care to elaborate what the song is written about?

mxmt: I love that one as well. I think that one means a lot because it was specifically written about quarantine. “first” is another that I think really stands out as one with extra meaning. That song is about falling out of love for the first time and I think that experience for anyone is a sad one.

MH: These songs carry a theme. In a few words, how would you describe the story -and stories- told throughout the record?

mxmt: I think dusk is really about finding comfort on your own when you realize that it won’t work out with another person. It’s a sad process to fall in love with someone and subsequently fall out of it eventually, and both dawn and dusk are about both feelings.

MH: When was the last time you walked onstage and felt nervous?

mxmt: Every time I’m nervous! I used to view it as a bad thing, but I think it’d be stressful if I realized if I wasn’t nervous about something. It’s just as an indicator that I care very deeply about the experience for myself and for others, and that’s a good thing.

MH: Given that the site is based out of Winnipeg, have you ever toured Canada? If so, did anything or any place stand out to you?

mxmt: I have been a few times! I’ve only played in Toronto and Vancouver, and visited a couple times outside of that, but honestly, I would go anywhere. Everyone I’ve met from Canada is so genuine and kind, it’d be a pleasure to go back and sing for them.

MH: Thank you for your time and answers. Most of all, thank you for this EP and the melodic kindness woven into the melody of your singing.

mxmt: Thank you so much for the questions and kind words!

Listen to the new dusk EP by mxmtoon below.

This interview was originally published in Reasonably Late. 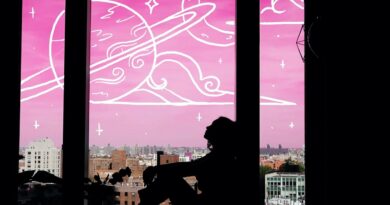 mxmtoon – “ok on your own” ft. Carly Rae Jepsen (Video)