As you may have seen if you follow us on Instagram, Daddy’s Beemer have returned our stolen Extra Chill flag, thus ending our longstanding feud once and for all. The flag was returned on Friday, July 24th, which is the very day that Daddy’s Beemer released their new album, Denmark, their first full-length album, and one that has been a long time coming. I have been mostly holding back my true opinions on their new music, because for one, I’ve been waiting for the opportunity to write a full review of the album, and I’ve also been having a very fun time talking smack about these dudes.

Now that all that silly nonsense is behind us, for better or for worse, I will say that Daddy’s Beemer have gone and made a fantastic record.

I remember the first time I heard about Daddy’s Beemer. It was back in early 2017, when bass player (…and degenerate) Wesley Heaton sent me a Facebook message to let me know about the music video for “Rain Dance”, which they had just released in advance of their upcoming house show at the famed Charleston DIY venue Makeout Reef. They were Clemson students then, and they were getting ready to release their debut EP. I watched the video and I was hooked right from the start. From that day on I was riding in the backseat of Daddy’s Beemer, glued to each of their new releases and also booking them for Extra Chill events whenever I could.

Denmark is a culmination of sorts for Daddy’s Beemer, but also just the beginning. Both of their EPs were released while they were still in college, and both of them are regarded as some of the better releases to come out of South Carolina in recent years. Denmark brings full circle the sound that they had crafted for themselves in the early days, and also adds some hot ‘n’ crispy new developments that elevate that sound to the next level.

The entire sound is much more advanced on this new record, and the production is also spectacular. It’s got a bigger band feel to it, whereas the earlier recordings very much sounded like the power trio that they were. This can be heard right from the jump, in the catchy, energetic opener “California”. The song instantly finds its way into the ranks of Daddy’s Beemer upbeat classics like “Rain Dance” and “Eventualities”. The vocals are striking, and the hook features some choral harmonizing in the background that really contributes to the energy that the band is trying to reel us into the record with.

This upbeat, catchy ride continues through the first three tracks, with lead single “Dancer” up next, and “Flowers” following that. These three songs are similar in structure and vibe, and if touring ever resumes I can easily see them being played all three in a row to open many a Daddy’s Beemer concert.

Then, though, we reach the part of Denmark that I’m not entirely sure about. There are three tracks on the album titled “Seigh”, that are numbered respectively. They serve as interludes of sorts, though they are a bit deeper than that. Each “Seigh” is tied together by a common vibe and bass line, which kind of makes them one long song that is broken up by the rest of the album. In my opinion, though, the album might be better off without them. The last one in particular is problematic for me, as it almost makes the strong closing track “Poisonous Mind” feel like a bonus track, and lessens its impact.

Following that first “Seigh” is “Amethyst”, another standout track, made special by vocal support from Jamie Gray of fellow Charleston band Cry Baby. It’s the first and only duet in the Daddy’s Beemer catalog, which is something that I think they would benefit from exploring more in the future. Jamie Gray’s voice is silky smooth as always, and it’s really complemented by the groovy, bass-driven nature of the song.

Later on we get “Somewhere Warm”, a song that harkens back to the early days of Daddy’s Beemer, almost directly borrowing the guitar melody and tone of their second-ever single “Rain Dance”, with a more mature take and a more fully-realized sound. That is kind of representative of the whole entire album. There are bits and pieces of their roots scattered throughout, but the end result is something bigger and stronger than anything we’ve heard from them in the past.

Overall, Daddy’s Beemer hits home with Denmark, and I’ll give it an 8 out of 10. 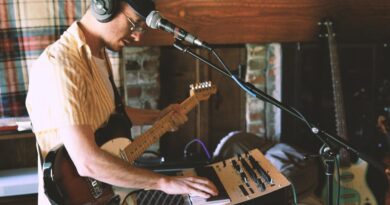 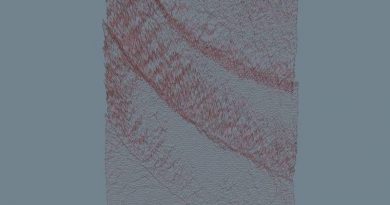 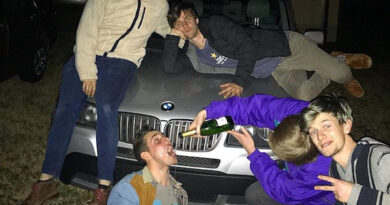 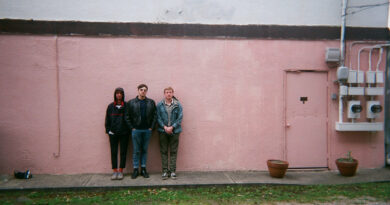