Note: This event has passed, but check out our Charleston Concert Calendar for more live music in Charleston.

You might have heard that Phish is coming to Charleston for a tour-closing three-night run at the North Charleston Coliseum this coming weekend. Phish is known to bring out the wild side in everyone, and even if you’re not going to the shows yourself you’ll probably notice a strange air around town.

Those who are going to the shows will be starting the party as soon as work lets out on Friday afternoon and will likely keep it going until closing time on Sunday night, at the sacrifice of Monday morning’s work performance. For the record, we here at Extra Chill will be at all three nights.

Naturally, Charleston has planned ahead for the shenanigans that will descend upon it this weekend, and several local establishments have cooked up special plans that coincide with the three-night run. Even the spots who haven’t cooked up something special are likely to see an influx of wide-eyed Phishgoers right around midnight.

I’ve scoured the web and listed out all your pre and post-Phish options for the weekend. You can use this article to make plans to keep the party rolling all weekend long.

On Friday afternoon, hours before Phish descends upon the North Charleston Coliseum, the good people at Fatty’s Beer Works are kicking off their own two-day lot party. Shuttles will depart from the brewery to the show at 4pm, 5pm, and 6pm. They’ve got some pretty good beer out there (even a hemp-infused beer in collaboration with Charleston Hemp Company), and have a history of streaming Phish live in-house.

Friday afternoon’s Shakedown on Lemon Street is also a Humans of Phish Meetup.

Charleston’s very own Phish tribute band (and a damn good one), Runaway Gin will be throwing an “Ophishal Afterparty” at the Pour House post-night one. While they usually play sets entirely from Phish’s catalog of originals, for this show the Gin are going to play only songs that Phish has covered over the course of their career. Probably a good thing, too, because as good as Runaway Gin is, seeing them cover Phish songs right after a Phish show would be overkill.

When: Friday, December 6th at 11pm

Both Human Resources and Little Stranger are respectable artists in their own right, and to see them come together as Human Stranger is a rare treat. Especially at Lo-Fi, which has great beer and a wide open space that easily fits a large stage and plenty of people. Human Stranger chose a perfect time to reunite for another Bananaz: Gorrilaz Tribute set to keep the party going post-Phish. There will also be collaborative DJ sets from Lazercat (2 Slices) and Persona La Ave. This is where you’ll find team Extra Chill on Friday night.

When: Friday, December 6th at 9pm

Dear Blanca, Stagbriar, and Ned Brash at The Royal American

If you’re looking for a rock show on Friday night post-Phish, The Royal American is serving up a great bill featuring Columbia’s Dear Blanca and Stagbriar, alongside Ned Brash (Secret Guest). Dear Blanca will be recording the show for a future a future live album release. That same bill will also perform in Columbia at New Brookland Tavern the night before, and recording that one as well.

When: Friday, December 6th at 9pm

The Reckoning at Charleston Pour House

Charleston’s favorite Grateful Dead tribute band The Reckoning will play a free 3-hour show on the Pour House deck on Saturday afternoon. You’ve probably seen The Reckoning if you’ve ever been to the Pour House’s popular Dead on the Deck series, which happens every Wednesday night from 6pm to 9pm. These guys are solid and play songs from the Dead’s entire catalog. Might be just what you need to loosen up before the main event.

When: Saturday, December 7th from 3pm to 6pm

Fatty’s Beer works will continue their Shakedown on Lemon Street Phish pre party on Saturday afternoon. The shuttle will again run from the brewery at 4pm, 5pm, and 6pm to get you to the Coliseum on time for Phish.

The Charleston Superjam at Lo-Fi Brewing

Lo-Fi Brewing is hitting it hard this weekend with another awesome Phish afterparty on Saturday night. They’ve assembled a lineup of some of Charleston’s most talented musicians for what’s been billed as “The Charleston Superjam”. The band for the evening includes Kanika Moore (Doom Flamingo) on vocals, Andy Greenberg (Runaway Gin) on guitar, Ross Bogan (Doom Flamingo) on keys, Mike Quinn (Doom Flamingo) on sax, Corey Stephens (Josh Roberts & The Hinges) on bass, and Ron Wiltrout (Shimmy Ghoster) on drums.

When: Saturday, December 7th at 10pm

Heyrocco, Reality Something, and Invisible Low-End Power at The Royal American

Heyrocco have not played in Charleston for almost a year at this point, and they’re long overdue for a return, especially after the release of their new EP, Mexican Ashtray. Their show at The Royal American on Saturday night isn’t billed as a Phish afterparty, but you can make it one (we are). This is a great way to end your evening with an entirely different type of music than what Phish plays, and plenty of cheap beer to blur the lines.

When: Saturday, December 7th at 9pm

The Main Squeeze and Travers Brothership at Charleston Pour House

When: Saturday, December 7th at 9pm

Ohm Radio is running a radio special from 11pm to midnight each night of the weekend, with a DJ spinning Phish deep cuts for the hour after the show. Before the Sunday show, the new local band Yellow Roses will perform an hour-long set at Ohm’s workshop headquarters.

When: Sunday, December 8th from 3pm to 4pm

Doom Flamingo and Persona La Ave at The Pour House

If you still have some energy left on Sunday night post-Phish, Doom Flamingo (which includes Umphrey’s McGee bassist Ryan Stasik) is hitting the main stage at the Pour House for what’s sure to be a wild end to your long, strange trip. According to their recent post on Instagram, Doom will be busting out some new material that night. Seatbelts not included with ticket purchase.

FYI: This show is probably going to sell out well in advance of Sunday night

When: Sunday, December 8th at 10pm 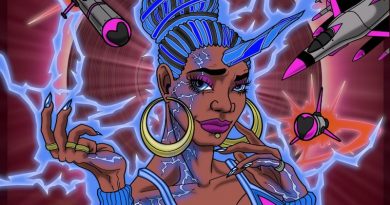 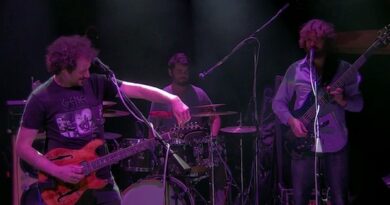 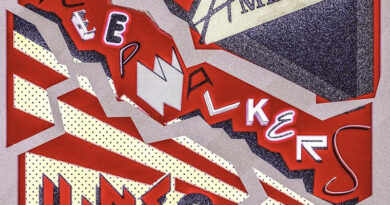 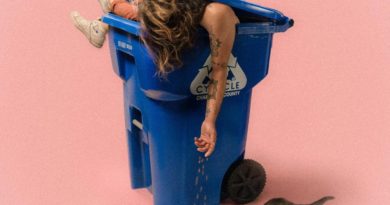