For the past three years, Pabst Blue Ribbon’s Dirty Southeast Fest has been a week long event, with a show at a different venue every night. This year they’re doing it differently by hosting one big day long event, with an impressive and diverse lineup of local and regional talent. Dirty Southeast Fest 2019 will take place on Saturday, April 27th at Redux Contemporary Art Center at 1056 King Street. Inside the gallery will be an installation that pays homage to Recovery Room Tavern, and out back will be vendors and a large stage for performances. The event is free and open to the public, as long as you’re 21 or over.

I linked up with Charleston PBR representative Jillian Cunningham to talk about her vision for this year’s Dirty Southeast Fest. Our conversation started with how they were going to pay homage to Rec Room inside of Redux, and eventually led into a discussion about Charleston’s music and art community and how PBR has helped to foster its growth. Jillian is a College of Charleston graduate who has been working with Pabst since 2015. Her goals for the future of Charleston are centered around an all-inclusive music and art scene that is united around the people who are forging their own path and whose creative endeavors have a positive impact on the community.

Jillian and the Pabst crew have been hard at work curating this installment of Dirty Southeast Festival, and their plan to transform Redux into a multi-faceted event space is an ambitious one. Walking into Redux, you’ll see the current photography exhibit along with food vendors and a trail of arrows leading through the gallery area toward a facade at the end of the hallway. The facade will be made to feel like you’re walking into Rec Room, complete with the same color of burgundy paint that is used at the bar, and a black sign with gold lettering that reads “Recovery Room Tavern”.

Stepping through the facade, you’ll see what Jillian referred to as a “functional installation”, meaning that in addition to looking like Rec Room, it will also be the place where festival-goers can purchase Pabst Blue Ribbon at a reasonable $3 price point. There will be a bar constructed inside of this installation, and Jillian has gone a step further and hired several Recovery Room bartenders to serve beer at the event, who will be wearing their Rec Room uniforms behind the bar at Dirty Southeast.

The reason that Jillian wants to transform Redux into this functional installation of Rec Room is more than just the fact that they sell more 12-ounce PBR cans than any other bar in the world. It’s also because of what Rec Room means to the community, and where it fits into Jillian’s vision for Charleston as an all-inclusive city that welcomes people from all walks of life. The event is taking place during PBR week at Rec Room, which is a basically a week-long, Pabst-soaked celebration of the bar’s anniversary, with Dirty Southeast serving as the penultimate celebration of the bar’s impact on the city of Charleston since it opened 11 years ago. Rec Room will be hosting an all-day celebration at the bar the next day, Sunday, April 28th, closing with a drag performance by local drag queen Crystal Guysir.

“Essentially I wanted it to be a neighborhood party,” Jillian explains. “I want it to be an homage to Rec Room, because it’s such a mark for that area of town. I see more upscale cocktail bars opening, and there’s nothing wrong with that, but I think the beauty of Charleston is its laid-back and welcoming atmosphere. That ethos is represented in these dive bars that I partner with. It’s cool, because you see a more accurate representation of Charleston, one that travel magazines sometimes leave out.”

With this vision in mind, Jillian curated a lineup that represents all facets of Charleston’s community. The lineup is far more diverse than most other events we’ve seen in Charleston, with hip-hop artists Benny Starr, B Kiddo, and Abstract – that Rapper, punk bands Drunk Couples and Chew, the legendary swamp rock band The Royal Tinfoil, and the genre-bending R&B of Niecy Blues. Confirmed vendors include Red Rose Vintage, Garbage Humans, Homesick Housewares and Run Around Sue Vintage. Food vendors will be announced later.

With a lineup like that with free admission and reasonable priced beer, you’d be hard-pressed to find a reason not to attend. This is the idea driving the Pabst Blue Ribbon Sound Society, which dedicates itself to curating free or low-priced events that are representative of the community in cities like Charleston with a strong PBR presence.

“It’s giving back to the arts and music in the fullest sense. That’s why I love this job. Because yes, I sell beer. But we create experiences, and that’s super important,” Jillian says. “We are paying these artists what they deserve, and we’re giving back to the community, and we’re doing it genuinely. Not just trying to meet quotas or check boxes. Arts and music are how we change things.”

Jillian remembers four years back, when she first started working for Pabst, the head of their music program reached out and asked her what music events in Charleston that they should be involved with. This was before High Water Fest, before Extra Chill Fest, and before the scene really started to blossom in the way that it has now. Nowadays there are more concerts featuring black and female artists than ever before, and Dirty Southeast is a great representation of the progress that’s been made in Charleston, without ignoring the fact that there is still a lot of work to be done.

Charleston’s progress toward a more inclusive scene is something that is mirrored in Pabst’s philosophy. Jillian is excited to work for a company that dedicates itself to bringing out the best in creatives all over the country, and she believes that it’s something that sets Pabst Blue Ribbon apart from other beer companies. Many beer companies sponsor events, but very rarely do they take an active role in underground creative communities. PBR does just that, and they do it in a way that creates a genuine, grassroots experience for everybody involved.

“Racism and gentrification exist in this city, and it’s important to champion people who have a voice and are speaking out against our community’s social ills,” Jillian says.

Headliner Benny Starr is known for using his art as a vehicle for social activism, and especially for building empowerment within Charleston’s black community. His live album recording of A Water Album at the Charleston Music Hall in September was a monumental event for this city, and now the album is set for release on June 19th, not long after his performance at Dirty Southeast Festival. Benny has been on a roll lately, from pop-up shows at Proof on King Street to his upcoming performance at Cultura Fest, so he’s going to be at the top of his game when he takes the stage at Dirty Southeast later this month.

“Art is political; its culture. It’s how we commune, and what it looks like when we do,” Benny Starr says. “All of those things influence how we live. Any ability I have to create and simultaneously provoke thought, while not evading the profoundly political nature of my experience, is something I will never take for granted. My work here in the Lowcountry will always be to use my voice to push the culture forward towards more justice, more equity, more sustainability, and a reimagining of community and connection.”

“Seeing community stakeholders, activists, brands, and businesses that are not afraid to stand firmly in that message, is proof of that reimagining,” Benny continues. “That makes me feel like the work so many of us are doing —often blue collar, gritty, uncomfortable work— is effectively transforming folks, while also challenging power structures. In that spirit, I’m looking forward to being a part of a free community concert event like PBR’s Dirty Southeast Fest, and also to sharing the stage with so many incredibly gifted artists on the lineup!”

When Jillian started with Pabst, she was 21 years old and one of the only female reps at the company. As a young woman in the beer industry, which has historically been dominated by men, Jillian faced a unique set of challenges. She remembers feeling like she had something to prove in the early days. “Definitely had to forge my own path, and the fact that I can help anyone else who is forging their own path is amazing.”

Dirty Southeast Festival is the embodiment of everything that Charleston needs continue making progress toward having an all-inclusive music and arts community. The party starts at 5pm on Saturday, April 27th, and goes until 11pm. The official after party starts immediately after, right down the street at none other than Recovery Room Tavern. Enjoy yourself an ice cold Pabst Blue Ribbon (or three) and head on out to Redux to join in the festivities. 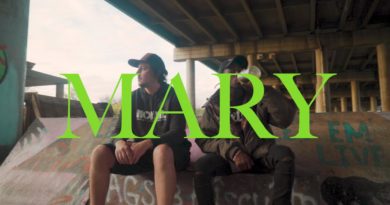 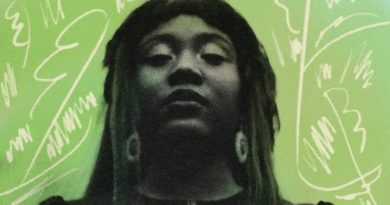 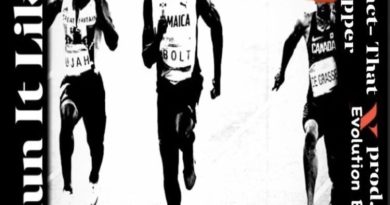 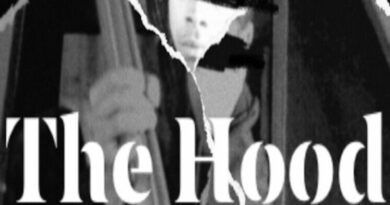