Yesterday, Charleston blues and soul band Logan and the Kidders released a new single called “Fine By Me”. It’s technically their second single, but their debut release, “Worth It”, had been released previously under band leader Logan Aggeles’ former solo project, Kidd Aggie. I spoke with Logan this past weekend about not only the new single, but also about his journey as a musician since the days when he played with a now-defunct local band you might remember called The Dunder Chiefs.

Logan has a very grateful and appreciative attitude about all of his experiences in the music scene, and he refers to each of them in terms of what he learned from it. He fondly remembers the time he spent playing with The Dunder Chiefs, and says that playing with them is what gave him the foundation to start working toward writing and releasing his own original music, which is of course what he did next as Kidd Aggie, and is now doing with Logan and the Kidders.

“Kidd Aggie taught me to have confidence in myself, in my singing, in my playing, in the grind of getting my name out there into the scene,” Logan recalls. “The whole year of being Kidd and releasing a first EP and getting shirts made and playing a bunch of local shows, it was definitely another experience that has stuck with me moving forward, because there were a lot of things that I got wrong but I don’t look at those in disdain rather than just lessons.”

With Logan and the Kidders, Logan is able to expand upon that soulful rock sound that he found as a solo artist by adding more players. Logan says that playing with Cecilia (violin/vocals), Cory (bass), and Chad (drums) has been the most rewarding experience so far, and he loves to see it all come together. Being in a band naturally presents a new set of challenges that you won’t necessarily face as a solo artist, like scheduling conflicts or any number of other things, but Logan is happy to learn from each new challenge and is excited about what’s on the horizon for Logan and the Kidders.

The band recorded the bulk of “Fine By Me”, along with an EP’s worth of other songs, at Charleston Sound Studio in Mount Pleasant after winning a contest for 8 hours of free studio time. According to Logan, they are planning to release that EP this summer, and there’s a good chance that it grows into a full-length album by that time. Since the EP was recorded about a year ago now, there are a few songs on the EP that they play differently now than they did back when they first cut it, and they are considering going back to re-record those songs to reflect that. There are also a few more songs that the band plays live that they haven’t recorded, and Logan is considering recording those songs and expanding the project to a full-length album.

Extra Chill is rooting for a full-length Logan and the Kidders album, for what it’s worth. Listen to “Fine By Me” below, and follow their Instagram here to keep up with what they’ve got going on. 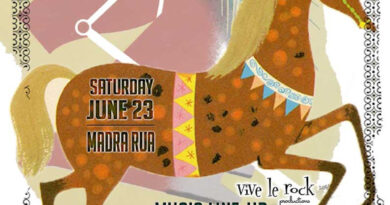 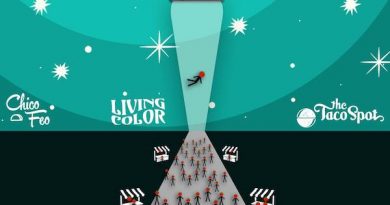