Back in high school, I was a huge fan of Wiz Khalifa, but as I got older and he got more famous, I didn’t really like any of the music he put out, and over time I gradually stopped listening. Just a few days ago he released his new album, Khalifa, and I listened to part of it but I really wasn’t feeling it. That’s why I’ve gone back through the vaults and found 10 old Wiz Khalifa songs that I used to bump all the time and gathered them together on one post. All the songs chosen are from 2011 and prior.

Here’s a combo music video for Wiz Khalifa’s “Name On A Cloud” and “Wussup”, both off his Flight School mixtape. The video’s pretty chill, with Wiz just walking around with some friends and spitting his verse at the camera, in sepia tone. Personally I like “Name On A Cloud” better, but “Wussup” is a cool song in it’s own regard.

I played Wiz Khalifa’s “Chewy” a lot when I was throwing parties during my sophomore and junior years of college, and it was always great. Many people didn’t know the song, but they didn’t care because it has a tough beat and it’s catchy. I haven’t thrown a party in a while, but I reckon this one would still go over pretty well.

A lot of people in my circle thought that Rolling Papers was a departure from the old Wiz, too mainstream for their tastes. While I agree that the album had a lot of songs that were pretty terrible (i.e. “No Sleep”), there were a few standout tracks that I really enjoyed. “The Race” was probably my favorite track on the album, and then I’d have to say “Rooftops” ft. Curren$y.

For some reason, this song reminds me of my high school parking lot. Probably because I spent way too much time driving around being a derelict back then, and always by my side was Wiz Khalifa’s Cabin Fever, and more specifically, “Phone Numbers”. This song was played on repeat during blunt cruises to Jayne’s Hill, which is ironically the highest point on Long Island.

This was a tough choice, because it seems every time Wiz teams up with Curren$y they produce nothing but straight fire. In the end I went with “The Planes” because it was probably the one I listened to the most back in the day. The rest of How Fly is super chill and definitely worth checking out, too. All of the songs are half Wiz and half Curren$y, and made for a good roll-up session.

When Wiz Khalifa released “Black & Yellow”, it took my friends (and the nation) by storm. I always think of it as the song that made Wiz Khalifa famous and an early sign of his transition into the mainstream. It’s by all means a good song, but the G-Mix is worlds better. This is one of the first times that Snoop Dogg and Wiz Khalifa got together on a track, and they clearly enjoyed it because they made an entire album together not long after.

This was one of the first Wiz Khalifa songs I ever heard, and it has been one of my favorites ever since. Everything about this song is great, from the beat to the lyrics and the overall vibe. It was a great way for Wiz to start out his Burn After Rolling tape, introducing it’s smokey theme with a catchy banger. Come to think of it, a smokey theme is found in 90% of Mr. Khalifa’s music.

I hadn’t heard “Buss Down” until later, after I had mostly given up on Wiz Khalifa’s new music. One day I decided to go back and see what he had on some of his old tapes, and this song stood out to me. The beat is perfect for blasting in your car when you just want to feel like a boss. Plus, some of the lyrics are pretty funny: “A zombie I make her give me brains til she stupid.”

Here’s another old Wiz Khalifa song that I found out about early on. Wiz Khalifa’s “The Thrill” will forever remind me of the tenth grade night when me and a few friends played beer pong and danced to this song. That led to some drunken freestyles from my friend’s little brother that I still have saved on my computer. That night also marked the first time that I drank to the point of vomiting. Thanks for being there for me, young Wiz.

You may have been wondering why I didn’t include any Kush & OJ songs on this list, and that’s because the entire mixtape is great. Even casual Wiz Khalifa fans have heard of this one, and many of Wiz Khalifa’s best old songs are on this mixtape. There was no way I could just pick one song to include, so I just decided to throw the whole tape at number one. For those of you who have been living under a rock, some of my favorite songs on Kush & OJ include “Mezmorized” “The Kid Frankie”, “Never Been”, “In The Cut,” and “Still Blazin”. It’s the best Wiz Khalifa mixtape and it’s worth listening to all the way through the next time you want to burn one down.

This list ended up mentioning a lot more than ten of Wiz Khalifa’s old songs, but that’s okay – the more the merrier. Although this song doesn’t fit my exact criteria for an old Wiz Khalifa song, I couldn’t bring myself to leave it off. “California” was released when I was a freshman in college, and I remember bumping it in my dorm because I thought I was gangster. So yeah, that’s why I put it on this list. 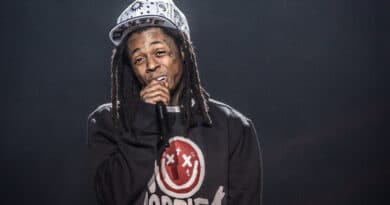