Released in 1972 as a single from Steely Dan’s debut album, Can’t Buy A Thrill, “Do It Again” is the band’s highest charting single and perhaps the most well-known song in their catalogue today.

Written by the iconic duo of Donald Fagen and Walter Becker, “Do It Again” chronicles the problems of a man named Jack, who is motivated by the same three things that the song suggests motivate all men: Violence, Women, and Money.

Jack seems to get himself into the same kind of trouble over and over again, thanks to these three motivators. No matter how many times Jack should have learned his lesson, he is always drawn back in by the allure of these vices. Hence the song’s title, “Do It Again”.

“Do It Again” Lyrics Meaning

Each of the three verses to “Do It Again” touch upon one of the three motivators named above, depicting how each can drive a man to self-destruction.

The song opens with some smooth percussion that includes bongos and shakers before they’re joined by a middle eastern groove, and then David Palmer sings the first verse:

First verse to “Do It Again” by Steely Dan.

In the first verse, the lyrics cover the strange allure of violence, and the dangers associated with it.

Jack heads off with his gun first thing in the morning to hunt down the man who stole his water. When he finds this man, Jack fires upon him until he’s sure he’s been killed.

However, when Jack goes to make his escape, he is caught at the border and dragged by his feet through the center of town.

The hangman isn’t around to give him a quick and painless death, or his crime doesn’t warrant the effort of execution. So he is left to the streets to fend for himself.

Water may seem like a strange thing to have stolen, however it is absolutely essential for life, and in many parts of the world it is often in short supply. Stealing water is stealing something that is necessary for survival, and thus the use of water itself in this song can be a stand-in for anything that is viewed as important or essential.

Next up, the chorus informs us that Jack has not learned his lesson:

Chorus to “Do It Again” by Steely Dan.

The wheel of life keeps on spinning, and Jack will come around again to repeat his mistakes.

In the second verse, we see how Jack’s problems manifest in regards to women:

Second verse to “Do It Again” by Steely Dan.

Jack knows that his woman doesn’t have the highest standards, and of course he finds her in bed with somebody who was supposed to be his friend.

As if this wasn’t enough, Jack meets another woman, a “little wild one,” and she brings nothing but pain and sorrow to his life. Jack finds himself on his knees begging for mercy, and she just keeps on smiling.

Again, the chorus reminds us that our friend Jack is doomed to repeat these mistakes.

Third verse to “Do It Again” by Steely Dan.

Jack swears up and down that he is not a gambling man, but soon his self-control goes out the window once again and he finds himself in a Vegas casino, gripping a handle of liquor.

He’s gambling for sure, and he was dealt some valuable black spades and clubs. Rather than handing them over at the end of his turn, he sometimes hides them so that he can use them to make money in the future.

This is obviously a frowned-upon practice and a behavior that some would call “playing with fire.”

However, despite his hiding the cards to gain monetary benefits in this life, the lyrics “In the land of milk and honey / you must put them on the table” suggest that Jack will eventually have to face consequences for his actions by revealing the cards he had stolen.

“The land of milk and honey” is traditionally known as the Promised Land of Israel, however in the context of “Do It Again” it can be interpreted to mean the life of excess and decadence that Jack is continuously wrapped up in.

This song may have been released in 1972, but the themes of excess and questionable morals can be seen reflected in today’s society, which is by all accounts governed by vice and excess.

In this way, Steely Dan have again proven themselves to be ahead of their time, or perhaps just simply timless.

Listen to “Do It Again” below. 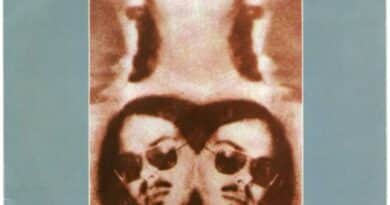