As the second single to come from the Jimi Hendrix Experience and the opening track off their 1967 debut album, Are You Experienced, Jimi Hendrix’s “Purple Haze” sent waves of influence throughout the genre of rock and roll that can still be felt today.

First, we have Hendrix’s unconventional blues guitar style in which he pushes the limits of the genre. This can be heard quite well when listening to the wild guitar sounds played on “Purple Haze” (which were especially wild at Woodstock).

Hendrix was famously a left-handed guitarist and flipped the instrument upside-down to play it comfortably. This was unheard of at the time, and when combined with Jimi’s groundbreaking style of play it was a recipe for blowing the minds of people everywhere.

The meaning of the mysterious “Purple Haze” that Hendrix describes as blowing his own mind has been debated for generations, with many assuming that this is a song about drugs. In fact, the song is so widely assumed to be about drugs that there is entire strain of marijuana named after it, and there are many head shops that have opened under the name Purple Haze all over the country.

It all began with the first verse, where Hendrix utters some of the most widely recognized lyrics in rock history:

This verse is clearly about being under the influence, whether its the influence of drugs or love, and the famous line “excuse me while I kiss the sky” is about getting really, really high.

People commonly mishear this lyric to be “excuse me while I kiss this guy”, which Hendrix found amusing and reportedly starting singing it this way live in concert while pointing to his band members.

According to Hendrix biographer John McDermott, the origins of “Purple Haze” date back to 1966, when frequent collaborator Chas Chandler heard him toying with the riff backstage at a gig in London. He encouraged Jimi to explore that idea more, and Jimi ended up turning it into a massive 10-verse song.

Hendrix spoke of this in an interview in the late 1960s:

Oh, ooh, you should hear the real “Purple Haze.” It has about 10 verses. But it goes into different changes. You know, it isn’t just “Purple haze, all in my” –you know, blah, blah, blah.

Unfortunately no recording of this version exists, at least not one that has surfaced on this internet as of my writing this. The song was eventually whittled down to about three minutes long, and that is the Are You Experienced version we know and love.

There is no indicator that “Purple Haze” is about anything other than drugs until the end of the second verse, when Hendrix sings of a girl who put a spell on him:

Purple Haze all around
Don’t know if I’m coming up or down
Am I happy or in misery?
Whatever it is, that girl put a spell on me
Help me! Help me!
Ah no, no

In this way, “Purple Haze” is simultaneously about the intoxicating effects of love, as well as the effects of drugs. It is worth noting that a common name for marijuana is the female name “Mary Jane,” which gives this verse its double meaning.

Many have heard the widely-believed myth that Jimi Hendrix used to put LSD under his headband so that it would get absorbed into his bloodstream while he played. While that has never been confirmed, it appears that the third verse of “Purple Haze” is responsible for starting the rumor:

Yeah, Purple Haze all in my eyes
Don’t know if it’s day or night
You’ve got me blowing, blowing my mind
Is it tomorrow or just the end of time?

All signs point to Jimi Hendrix referencing LSD in this section of the song, as the effects of the drug are known to produce mind-blowing effects that include altered vision and losing track of time, among other things.

However, you would have to take a whole lot of acid to be unable to discern between day and night…

Jimi Hendrix was coming up during a time of great experimentation within the music industry, and a sort of psychedelic revolution was taking place all throughout the country. He always claimed that “Purple Haze” was not about drugs but clearly not many have taken that seriously, especially considering it was widely known that he (and others) were taking lots of drugs in the late 1960s.

It is also worth noting that “Purple Haze” was the last song that Jimi Hendrix ever performed live in concert, as it was the final song during his final concert on September 6th, 1970, just 12 days before the overdose death that cut his career short and forever placed him in the 27 Club.

Jimi Hendrix may have died young but his legacy lives on through songs like “Purple Haze”. Listen below. 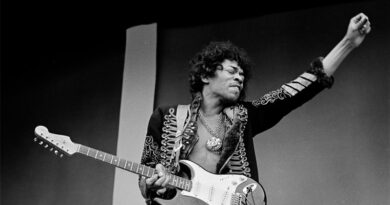 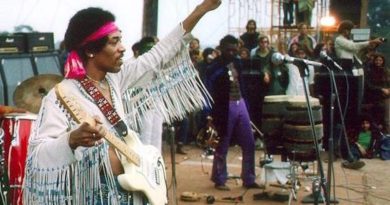 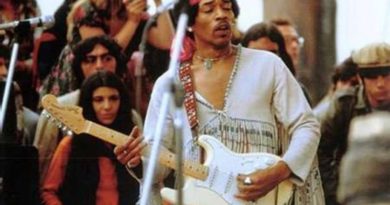 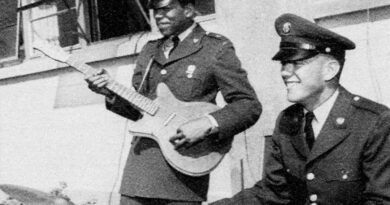