Fleetwood Mac’s “Rhiannon” was famously written by Stevie Nicks near the end of 1974, just a few short months before she first joined the band with Lindsey Buckingham in 1975.

The track initially appeared on Fleetwood Mac’s self-titled album in 1975, which introduced the new sound that Buckingham and Nicks brought to the table and subsequently became the number one album in America.

According to an interview with Stevie Nicks dated back to the mid-70s, she wrote “Rhiannon” after coming across the name in the novel Triad by Mary Bartlet Leader. She said that she stopped for a moment and thought to herself that it was such a pretty name, and then ten minutes later she had written the entire song.

The Triad character, Rhiannon is a witch who possesses the main character of the novel, and so Fleetwood Mac’s “Rhiannon” has come to be known as a song about a witch. Stevie Nicks and her mysterious, witchy appearance and voice certainly lend themselves to that interpretation.

As a result, “Rhiannon” has become somewhat of the signature song for Stevie Nicks, and is one of the most memorable Fleetwood Mac songs.

In a 1976-77 interview with radio host Jim Ladd, Stevie Nicks further discussed the meaning of “Rhiannon”, and she mentioned something she learned after writing the song that further lends itself to the idea of the witch. She speaks of the Welsh witch named Rhiannon created in the 1972 fantasy novels, The Song of Rhiannon by Evangeline Walton.

The novels dictate the story of this witch named Rhiannon, and Stevie says that the character from the stories lines up exactly with what she pictured when she wrote the song, though she hadn’t heard of the story until after writing the lyrics.

That makes two stories containing witches named Rhiannon that have become interwoven with this song:

And, um, so I wrote this song and made her into what I thought was an old Welsh witch. And then I had just, just found out ~ because somebody from Phoenix found a whole trilogy of books written in 1972 on Welsh mythology ~ that Rhiannon was a Welsh witch.There’s a whole ~ there’s a trilogy of books written about her called the song of Rhiannon.Which is pretty weird because I never saw that. And yet the song is exactly about that.

So it is ~ it’s just about, it’s just about a very mystical woman that is finds it very, very hard to be tied down in any kind of way ~ and she’s uplifting all through the song. That’s ~ that’s what I wanted to get and that’s what the band got really well was that uplifting of wings kind of a feel, you know ~ when you feel like you see a seagull and she’s, she’s like lifting up. Well, that’s, that’s Rhiannon. Rhiannon ~ yeah ~ she’s moving up.

Stevie herself has said many times that “Rhiannon” is one of her favorite songs, and would sometimes refer to the mystical tune as a “she” rather than as a song.

When asked by a journalist at Rolling Stone in 1979 why she does this, she replies: “Well, because…I don’t know why. She is some sort of reality. If I didn’t know she was a mythical character, I would think she lived down the street.”

It has long been known that Stevie Nicks has a thing for the mystical and supernatural. The story goes that she spent a lot of time at home under the influence of her mother, who taught the young Stevie lots of fairytales and ghost stories that stuck with her as she grew up.

Part of this was Stevie dressing up as a witch for Halloween, and later it showed in her playing the role of an enchanting witch as the singer of Fleetwood Mac.

“Rhiannon” is just one of many songs that Stevie Nicks wrote in Fleetwood Mac that emerged as some of their best songs, with “Landslide” being another example from this same album, and “Dreams” from Rumours as another shining example.

Her presence in Fleetwood Mac brought them from the status of a decent blues rock band, to the legendary act that they are remembered as today.

Listen to “Rhiannon” by Fleetwood Mac below. 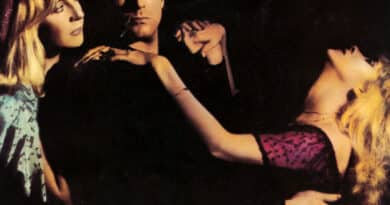 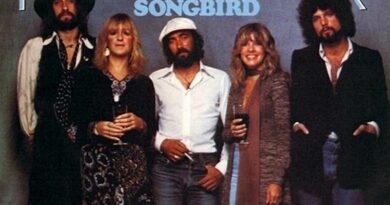 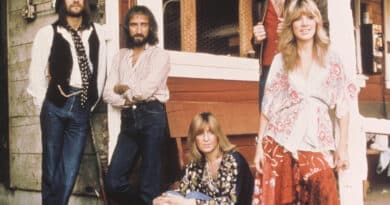 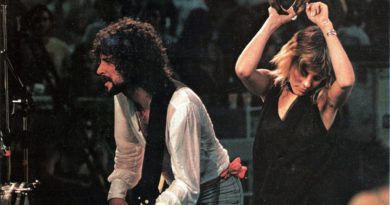 2 comments on The Meaning of Fleetwood Mac’s “Rhiannon”