“The Real Slim Shady” is one of the defining songs for Eminem as an artist. Coming from his classic 2000 album, The Marshall Mathers LP, the song is a scathing commentary on the music industry and how disruptive he knows his career had been thus far. The album is widely regarded to be his best, and also contains the incredible “Stan”.

“May I have your attention please,” the rapper requests over the loudspeaker in the song’s intro, “Will The Real Slim Shady, please stand up.”

As we heard on his 1999 debut, The Slim Shady LP, Slim Shady is the mentally deranged, sometimes violent, pill-popping character that Eminem created as part of his persona in his songs. He introduced Slim Shady right away with “My Name Is”, and with “The Real Slim Shady” he returns with an evolved version of the persona, who has experienced some success and gained some notoriety, and apparently, some copycats.

It’s certain that success hasn’t calmed Slim Shady down, and we hear Eminem, young and full of energy rapping about all sorts of raunchy topics and calling other celebrities out, even using some of their names directly.

Eminem has never been afraid of confrontation, and his extremely successful career as a white rapper has made him the subject of much controversy over the years, especially in the early days. With “The Real Slim Shady”, Eminem responded to the things that had been said about him in the media with two giant middle fingers, saying that he’s here to stay and he will to continue to cause problems.

“Y’all act like you never seen a white person before”, Eminem raps in the opening verse. Right away he’s ready to stir the pot, calling reference to the people in the media who doubted his skill because he was white. He says that they’re shocked to see him, and it’s as if Pamela Anderson and Tommy Lee just walked in and got into a vicious fight right in front of them, the way people are acting.

Next, Eminem brings his producer Dr. Dre into it, announcing that he killed Dre and locked him in his basement. He also takes time to comment on the women who like him one minute, but are offended by the things he says the next minute.

From there he eviscerates the idea that people say he should keep his mouth shut by commenting on Tom Green humping a dead moose, and even infuses a few lines from Green’s distrubing “The Bum Bum Song”.

To close out the verse, he follows-up with a few lines about kids learning about sex despite their parents’ best efforts, and the chorus kicks in:

Chorus to “The Real Slim Shady” by Eminem

Eminem dives headfirst into the second verse with a jab at Will Smith, “Will Smith don’t gotta cuss in his raps to sell records. Well, I do, so fuck him and fuck you too!”.

This was a reference to Will Smith’s acceptance speech for the Best Male Video award at the 1999 MTV VMAs, a category in which he beat out Eminem. Smith took a subtle jab at Eminem by commenting on how he doesn’t curse or kill people in his songs and still wins awards, and so Em decided to respond.

Funnily enough, “The Real Slim Shady” won the VMA for Best Male Video the following year, and Eminem gave a memorable performance of the track featuring dancers all dressed in baggy white tees with bleached hair, just like Eminem himself.

Next up, Slim Shady goes in on singer Christina Aguilera, whom had long been talking in public about how she thought Eminem was cute.

Later, when discussing Eminem on MTV, she made a comment about how Eminem is married to the woman who he raps about killing in his songs. Eminem’s response to this came in the diss that includes Carson Daly of MTV and Fred Durst of Limp Bizkit, as they “argue over who she gave head to first.”

The third verse cools it on the disses, at least in the direct sense, and returns the focus back to the character of Slim Shady and what he’s capable of. He raps about how he’s not afraid to say in public the things that most people save for private conversations, and all of the disturbing things he would do in a nursing home.

Finally, he relates his character of Slim Shady to all of his fans, saying that while none of them can be the original Slim Shady, we’re all capable of doing the psychotic things that he does.

By this he means that he is authentically himself, and encourages listeners to be themselves too. He isn’t exactly suggesting we go out and follow in Slim Shady’s footsteps, but perhaps to follow our dreams and stand up for ourselves.

Now, nearly 25 years after the release of this song, we can see that Eminem meant what he said with “The Real Slim Shady”. He’s topped the Billboard charts with 10 different albums, sold out arenas, and headlined music festivals worldwide, and has become the best-selling rapper of all time.

Eminem has also continued to involve himself with beefs and just generally stir the pot with both his music and his persona, although he no longer has to prove himself. He’s chicka-chicka Slim Shady.

Watch the music video for “The Real Slim Shady” by Eminem below. 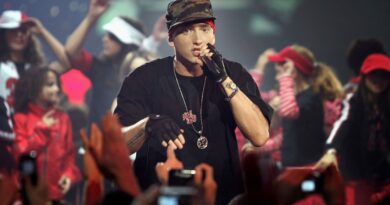 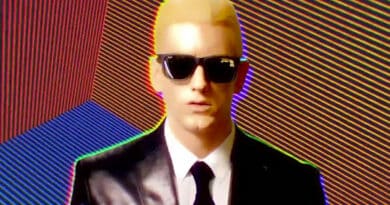 The 10 Fastest Rap Songs of All Time 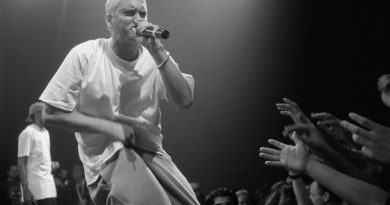 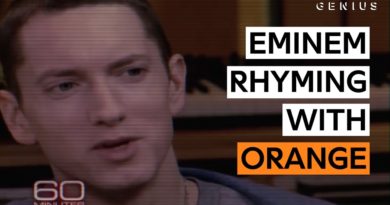