There are few artists who encompass the American version of the island lifestyle better than Jimmy Buffett. Hanging out on a boat or beach, maybe doing some fishing, and of course enjoying an ice cold beverage — the man simply lived this lifestyle for most of his life, and his songwriting is representative of the way that he was living.

While some may discount Buffett for some of his cheesier hits, the songwriter also wrote some really great songs that tie in a thoughtful mindset with this laid-back beach lifestyle. Here at Extra Chill, we tend to enjoy both the sentimental, seafaring side of Jimmy Buffet as well as the drunken, good-time having side.

And so, as soon as I’m done mixing up this margarita I’ll get right into my breakdown of the best Jimmy Buffet songs. Just a few ice cubes, a little salt on the brim… okay. Here we go:

A lesser known Jimmy Buffett song, but one that is always good for a laugh is “My Head Hurts, My Feet Stink, and I Don’t Love Jesus”. With a vaudeville arrangement, Buffett sings about how he’s feeling on one hungover morning, and how he plans to recover by Friday night to do it all again.

Another lesser-known Buffett song that we love is “Treat Her Like A Lady”, the song of love and respect for the sea included on 1979’s Volcano. Those who have spent some time on the water will find a lot to relate with on this one.

One of Jimmy Buffett’s two biggest hits, and arguably his most corny is “Cheeseburger in Paradise”. The song is literally about eating a cheeseburger in paradise and it can be heard at just about every beachfront resort in the world. Yet this is precisely why we love it so — because not every song needs to have emotional depth to be a great time.

The single most popular Jimmy Buffett song is “Margaritaville”, the song about drinking tons of margaritas and living a low-key, island lifestyle. While some hate on this one, it spawned a multi-million dollar franchising business and has become the signature Jimmy Buffet song, and it will be around for as long as sunshine and beaches exist in the world, so you best learn to love it.

As the upbeat opening track to Volcano, “Fins” marked the beginning of Buffett’s transition into the 80s, where many think his songwriting began to fall off and simply become stale reiterations of things he had sung about in the past. “Fins” and much of Volcano still slaps though, and this one contains a word of warning for those finding their way in the world — watch out for the sharks.

A classic song about running away from your problems down to the islands with a bottle of booze, “Changes in Latitudes, Changes in Attitudes” is one of the most well-known Jimmy Buffett songs. It goes hand-in-hand with summertime, drinking the night away and deciding to deal with the stresses of real life… tomorrow, or whenever you get back!

Jimmy Buffett certainly wrote some great songs about partying, but he also penned some of the best odes to the sea that have ever been written. “Son of a Son of a Sailor” falls into the latter category, with lyrics about a man who was born a sailor and will die a sailor, and struggles to get by the whole time, learning to appreciate the little things in life along the way.

One of the best sailing songs is “A Pirate Looks at Forty”, yet another ode to the sea in the Jimmy Buffett catalogue, but this one taking the perspective of an aging sailor who is beginning to slow down. These sentimental mariner songs are where Buffett truly shines, at least where his lyrics are concerned.

Our choice for the best Jimmy Buffett song is “Come Monday”, Buffett’s first big hit that is all about missing the one you love while you’re out living the rockstar lifestyle, touring and playing shows every night. It shows the heartfelt side of Jimmy Buffett in a way that also happens to be quite catchy, making it a great song for a variety of occasions, whether it be partying, sailing, or just hanging out in the shade of an afternoon tree. 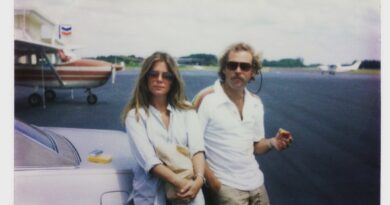 One thought on “The 10 Best Jimmy Buffett Songs”