Swimming at Folly Beach is fun for everyone — and not just the people. Folly Beach, or the “Edge of America” is also home to a plethora of marine life including fish, birds, dolphins, and yes — even sharks.

In fact, there are many sharks that swim in the waters at Folly Beach, with around 10 or so different species that have been spotted or caught in the area. Some of them can be quite big, too, with the largest one caught at the beach being a 13-foot tiger shark in 2015.

Charleston’s beaches and the greater Carolina coastline offer a climate that many sharks love, with warm, murky waters teeming with life, which means plenty of food to eat. Folly Beach is an especially habitable place for sharks, as the waterways feature lots of tidal creeks.

The brackish (part salt, part fresh) water as you get further upstream makes a nice environment for bull sharks, who can tolerate and thrive in both salt and fresh water. Bull sharks are known for being the most aggressive species of shark due to their abnormally high levels of testosterone.

Luckily, most of the bull sharks in the area stay in Folly’s rivers and creeks rather than near the shore where people swim. They certainly have been spotted near the coast, though, so if you see a bull shark (or any other shark) in the water it’s best to get out as soon as possible, but don’t splash around as you don’t want to agitate them.

There have also been great white sharks spotted off the coast of Folly Beach, but only during the coldest months of the year. When the temperatures warm up, the great whites leave, and by the time March rolls around they are generally all up north where they will remain until November, when they will roam south yet again.

There is one great white shark in particular named Mary Lee that has been known to frequent Charleston’s coastline in the winter months, though she has not been heard from since 2018 and researchers believe the battery has run out on her tagging device.

Overall, the chances of you seeing a shark, much less being attacked by one while swimming in the ocean at Folly Beach are slim.

The first was just a baby sand shark that washed up on the shore. My roommate simply picked it up and helped it find its way back out into deeper water.

The next time was when I caught one on a line while fishing from a boat, like the guys in the video below. Shark was about the same size, too, which is also the same size as the vast majority of sharks that inhabit the South Carolina coastline.

Filmed on Folly Beach in 2012, these gentlemen hooked a shark and brought it to the surface, all the while their dog was trying its darnedest to get after it.

Check it out, and then keep reading to learn about some of the shark attacks that have happened at follow over the years.

South Carolina has averages around 5 shark attacks per year for the last decade, the third highest in the nation behind Florida and Hawaii. Of the 107 total unprovoked shark attacks on record in SC since 1837, 37 of them have taken place in Charleston County.

The last time there was a fatal shark attack on Folly Beach was September 11th, 2005, when 18-year-old surfer Greg Norton, Jr. was killed. His friends reported seeing sharks in the area, and one of them even said they saw the shark hit him and pull him under. Greg was never seen again, though they did recover his surfboard which had no visible damage.

In August 2013, a ten year old surfer named Tyson Royston had a frightening encounter with an 8-foot bull shark while competing in the South Carolina Governor’s Cup of Surfing. Royston was completing his heat when the shark became entangled in his leash. He was not injured, and actually returned to surfing just a month later.

Less than one year later, in August 2014, another ten year old boy was attacked by a shark. This time it was Riley Harris, who was walking in with his boogie board, just 30 yards from shore when he was bitten twice by a shark estimated to be four or five feet long.

Harris recalls stepping on the shark while walking through the water, and then the shark came up and bit his leg. He had to go to the hospital and decided that he never wanted to swim in the ocean again.

Check out the News 2 interview with Riley following his return home from the hospital below.

August 2017 brought yet another shark attack to Folly Beach, this time a 33-year old woman who had been out surfing. She went to the hospital with a five inch bite mark on her left foot, although her injuries were minor.

It seems August is the month for shark attacks on Folly Beach, as August 2020 saw yet another. This time it was 12-year-old Liam Modzelewski, who was bit on the foot while surfing. He thinks it was a bull shark that bit him, but it was never confirmed. His injuries were also minor, and after being stitched up at the hospital he was right back at it. 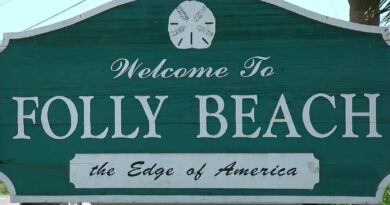 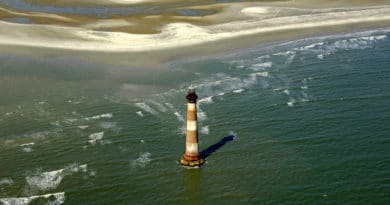 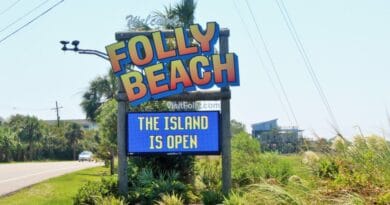 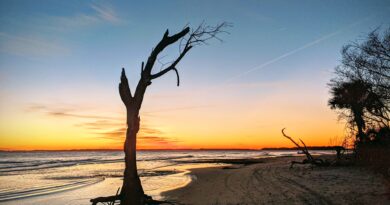 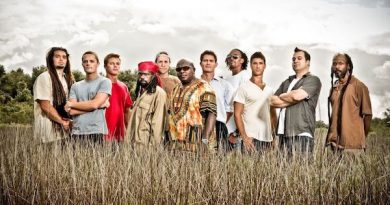 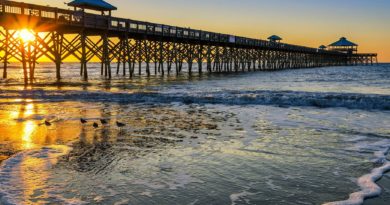