Tyler Childers is known for writing poetic, heartfelt songs that resonate with many. By doing so he has breathed some much-needed new life into the genre of country music, giving fans of real songwriting something to hang onto in a world saturated by overproduced “bro country”.

His early song “Shake the Frost” was written before he earned himself this distinction, prior to his 2017 album Purgatory bringing him into the national spotlight with songs like “Feathered Indians” and “Lady May”.

In fact, there are videos out there of Tyler Childers performing “Shake The Frost” as early as 2011, which goes to show that he has always had a special talent for songwriting, and it was only a matter of time before his music was discovered and given the recognition it deserves.

“Shake The Frost” was initially released on an early EP from the artist, and was given official release as a live recording on his 2018 album Live on Red Barn Radio I & II. Lyrically, the song looks back on nostalgic memories to describe the special way that he feels about his lover, whom he is currently in the midst of a rough patch with, and is trying to convince her to stay with him.

As he’s been known to do, Tyler begins the song with an image of his home state of Kentucky:

First verse to “Shake the Frost” by Tyler Childers.

In the chorus, Childers sings about how he’s willing to do anything to make her stay with him, and recognizes many of the things that he has done to drive her away. He promises not to act so angry all the time, and make sure to tell her how much he loves her every single day.

When he refers to “shaking the frost”, he is talking about the cold darkness that he feels inside, and believes that she has the power to warm him up and bring out the sunshine of spring. This feeling of cold darkness is something that many can relate to, and it conveys an immense depth of feeling towards the woman he’s singing about.

So if it’d make you stay
I wouldn’t act so angry all the time
I wouldn’t keep it all inside
And I’d let you know how much I loved you every day
So darlin’, will you stay right here
And shake this frost off of my bones?

Chorus to “Shake the Frost” by Tyler Childers.

The second verse brings more nostalgia as Tyler sings about driving around in a Mustang, back when he used to chase the dream with high hopes. Perhaps the Mustang is a metaphor for how he felt during the good times, strong and fast like a Mustang.

When he sings about raising the price of dreams, he is referring to a feeling of discouragement towards the same dream that he was once so passionate about. So while he still had the Mustang, he instead chose to let it sit in the driveway collecting dust, when he should have instead taken his lover for a drive, or shown her some of his old confidence.

Well, I used to ride a Mustang
And I’d run that thing on high hopes
‘Til they raised the price of dreams so high I couldn’t pay
So I let that car just sit there
When I should’ve took you driving
With the windows down while the music played

Third verse to “Shake the Frost” by Tyler Childers.

“Shake the Frost” ends with another repetition of that beautiful chorus, and in any single version I’ve heard you can feel the emotion in Tyler’s voice when he sings. This quality is present in all of his music, and his songs provide plenty of opportunities for his vocals to shine. I truly believe that we are witnessing just the beginning of a long and storied career for this musician.

Enjoy the live performance of “Shake the Frost” from Live on Red Barn Radio below. 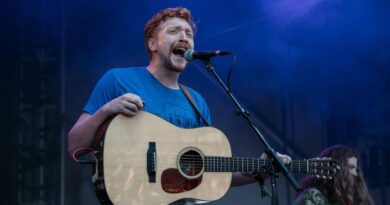 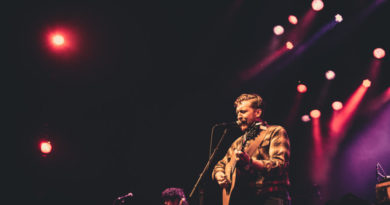 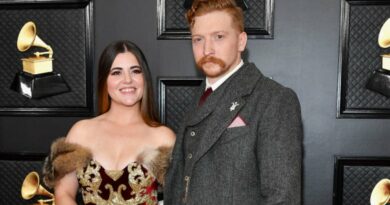