Jason Isbell’s “Cover Me Up” is a song of love and longing for the ages. Coming from the songwriter’s 2013 album, Southeastern, the song tells of a midwinter reunion between two lovers who have been apart for far too long.

The song contains powerful emotions that are amplified by Isbell’s vigorous vocal delivery, which gives the feeling that this tale is pulled from his own life.

Many of the songs off Southeastern have this feel, which is what makes it such an incredible album, with songs like “Elephant” bringing a similar depth of emotion, although about a much different topic.

The meaning behind “Cover Me Up”, aside from the genuine element of love that shines clearly through, can be connected to Jason Isbell’s getting sober and his appreciation for the role that his wife Amanda Shires played in that.

Many know Jason Isbell’s story, having struggled with alcoholism during his early years with the Drive-By Truckers, of which he was a member from 2001 to 2007. Eventually he was kicked out of the band for it, and it took him a while to sober up after that.

“Cover Me Up” introduces Jason Isbell’s reckless lifestyle right from the jump, likening his younger self to “A heart on the run”. Meaning that he was turning to alcohol to run from himself, and feeling that he can’t trust anybody.

“The days when we raged, we flew off the page, such damage was done,” he sings.

Isbell then met his now-wife Amanda Shires, who subsequently told him that she would only be with him if he put the bottle down for good.

These were high stakes for him, so he finally quit drinking, and both his career and his life have been better for it. He and Shires have been together ever since, and “Cover Me Up” is Jason Isbell’s testament to that as well as the depth of love he has for his wife.

The lyrics also address this, at the end of the first verse, when Isbell begins to bring clarity to his journey: “But I made it through, ’cause somebody knew, I was meant for someone.”

“Cover Me Up” feels relatable to all those who have felt a deep love and appreciation for another person who has helped you out of a tough time, whom you also find incredibly attractive. The feelings are mutual, and it’s been a while, and it’s cold outside, and… well, you know where this is going. The two of you are locked inside until you, uh… sort some things out.

This leads us to the chorus that describes the magic that ensues, in a way that is subtle enough to make you think of it on your own, but still makes it very clear that Jason Isbell is singing about two people having passionate sex.

Lyrics from “Cover Me Up” by Jason Isbell

Still, aside from the song being directly about sex, there is that deeper layer of appreciation that also makes “Cover Me Up” a very genuine love song.

When he sings of “know you’re enough, to use me for good”, he is reassuring both himself and his wife that he is on a path to good now, and that she’s more than enough for him. She has helped him fill that old void, which he had drowned with booze in the past.

There is such a powerful connection between the two lovers in “Cover Me Up”, that it would take some pretty serious things to get them to leave their home.

Isbell mentions wanting to leave unless there is a medical emergency, or the magnolias bloom (not until spring). He even connects the song geographically to Nashville by mentioning the Percy Priest Dam, which holds plenty of water that if the river truly would run through, it would certainly “carry this house on it’s stones like a piece of driftwood.”

“Cover Me Up” has also been covered by several artists, including most popularly by the pop-country artist Morgan Wallen, as well as a Spotify Session from the Zac Brown Band.

Nothing beats the original, though, as we get that sensible vulnerability in his voice that makes “Cover Me Up” and many more Jason Isbell songs so special.

There’s an incredible live version of “Cover Me Up” on the Jason Isbell & The 400 Unit album Live from the Ryman, which dropped in 2018 and included mostly material from their 6-night stand at the Ryman in Nashville in 2017. On this version you can really hear the emotion in Isbell’s voice, and it’s sure to send chills down your spine every time.

Highly recommend the Live from the Ryman album version of “Cover Me Up”, but I couldn’t find that version on Youtube. Listen to the studio version below, and see a different live version, also from the Ryman below that (featuring Amanda Shires). 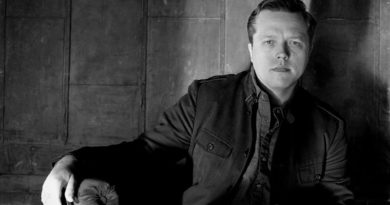 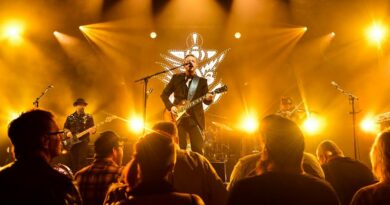