Pink Floyd’s “Time” is a wonderful study in existentialism coming from the 1973 psychedelic classic, Dark Side of the Moon. With lyrics penned by Roger Waters, the song is a lamentation on wasting valuable time that you will someday wish you had back. This meaning is spelled out in the 7 minute epic, packed with lyrical images about lost opportunities and a dreadful outlook on life.

“Time” opens ringing clocks that will certainly grab your attention, or wake you up, depending on how you look at things. This is part of an extended introduction lasting nearly two minutes, a meta-commentary of sorts that serves to remind you of the precious time you’ll waste listening to Pink Floyd sing about wasting time.

Roger Waters discussed the meaning of “Time” with Rolling Stone in 2019, many years after the song’s release:

I wrote that when I was 29 years old. The bits in the song where it goes, ‘No one told you when to run/You missed the starting gun,’ it’s about my experience of being 29 years old and certainly going, ‘Fuck me. It’s the middle of life. I’ve been told that I was preparing for something.’

This concept of preparing for something that Waters refers to is something that many people can relate with, myself included. There is always this feeling like you’re working toward some eventual goal that will plateau and you’ll finally be able to enjoy your life, but it is important, as Pink Floyd reminds us, to remember that we are actually living our lives in the moment.

In the first verse, “Time” shows us where we all begin, as a kid and feeling like you have all the time in the world. Guitarist David Gilmour sings: “Tired of lying in the sunshine, staying home to watch the rain / You are young and life is long, and there is time to kill today.”

Almost instantly, as in the very next line, things change: “And then one day you find ten years have got behind you /
No one told you when to run, you missed the starting gun.”

As the rest of the song progresses, the narrator grows older and older, and things slow down for them. There is a solemn nostalgia that enters the mix, both lyrically and musically as we reach the end of “Time”:

Every year is getting shorter, never seem to find the time
Plans that either come to naught or half a page of scribbled lines
Hanging on in quiet desperation is the English way
The time is gone, the song is over, thought I’d something more to say

Lyrics from “Time” by Pink Floyd

The final minutes of “Time” can also be seen as a reprise of “Breathe (In The Air)” (also referred to as “Home Again”), which I would interpret as the actual moment that death happens. The song then transitions beautifully into the exploratory “The Great Gig in the Sky”. In the natural sequence of events, then, “The Great Gig in the Sky” would represent the afterlife.

I’m getting ahead of myself here, though. Let us pause and enjoy Pink Floyd’s “Time”. 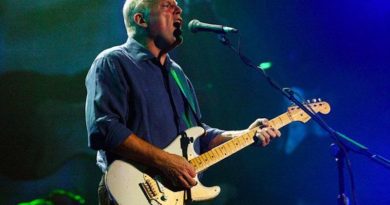 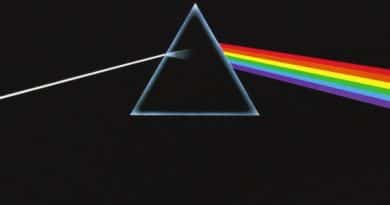 One thought on “The Meaning of Pink Floyd’s “Time””