“Come As You Are” was the second single released off Nirvana’s breakout album, Nevermind (1991), following the viral radio hit “Smells Like Teen Spirit” which propelled them into the stratosphere of success. The story goes that Nirvana manager Danny Goldberg, along with the folks at DGC Records thought “Come As You Are” would be the song that could see mainstream success, and were surprised when “Smells Like Teen Spirt” gained so much traction.

Still, “Come As You Are” had moderate success, peaking at number 32 on the Billboard Hot 100, and receiving a lot of radio airplay.

“Come As You Are” was written by the late great Kurt Cobain, just like every other song on Nevermind. The lyrics are contradictory, bringing to the table the frequent Nirvana theme of an unreliable narrator. They encourage folks to be themselves, but comment on society’s expectations that impact the way that people act and present themselves.

“Take your time, hurry up / Choice is yours, don’t be late”

Like “Lithium” and many other Nirvana songs, “Come As You Are” can find meaning as a commentary on mental health. Here Kurt Cobain suggests that the rules of society are making people crazy, himself included.

The guitar part for “Come As You Are” was inspired by the popular Killing Joke song “Eighties”. When the time came to release the song as a single, Cobain was hesitant because of the similarity and they almost went with the banging “In Bloom” instead. There are some reports that say Killing Joke filed a claim against Nirvana at some point, but it was thrown away after Cobain’s death.

The lyrics to “Come As You Are” are also heavily analyzed for the repeated line, “I don’t have a gun.”

As we know, Kurt Cobain committed suicide in April 1994, less than three years after the release of this song. The cause of death was a self-inflicted gunshot wound to the head. There is a conspiracy theory that has been circulating since the 90s that suggests Courtney Love actually murdered Kurt Cobain, and these lyrics provide fuel for that argument.

Whatever your opinion is on the death of Kurt Cobain, there is no debating that “Come As You Are” is a great song.

There is a famous performance from 1993 of Nirvana on MTV Unplugged during which they play stripped-back versions of “Come As You” are and several others. I’ve included that along with the official music video below. 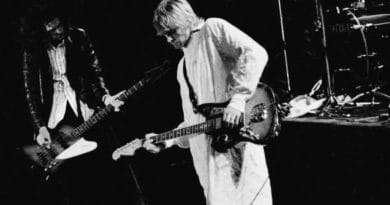 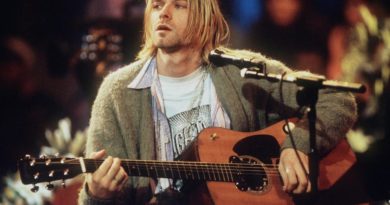