If you’ve ever watched the cartoon comedy TV series American Dad, you know it’s packed with pop culture references. The show was started in 2005 by Seth McFarlane, creator of Family Guy, along with writers Mike Barker and Matt Weitzman. Many have made appearances on the show over the years, and in 2009, American Dad did an episode based around My Morning Jacket, S5E07, titled “My Morning Straitjacket”.

The episode aired on November 22nd, 2009, and the entire plot is centered around the band and their music. It begins when Stan finds out that Hayley has gotten into them, and returned from night one of their concert planning to attend the next night as well. Stan decides to attend the show to rescue her from the “Devil’s music”.

When he arrives at the concert, he finds himself gripped by Jim James’ howling at the end of “Wordless Chorus”. He becomes completely enchanted, and decides that My Morning Jacket is the greatest band he’s ever heard. Stan proceeds to become an obsessive fan, listening to My Morning Jacket non-stop and eventually following them around and becoming a groupie. Hilarity ensues from then on.

All five members of My Morning Jacket appear in cartoon form in the episode.

The episode came during the promotional cycle for their 2008 album Evil Urges, and so it leans into that album by featuring the songs “Touch Me I’m Going to Scream Part 2”, “I’m Amazed”, “Remnants”, and “Highly Suspicious”. It also features “Wordless Chorus”, as I mentioned earlier, and “Phone Went West”. It also references “Steam Engine”, “I Will Sing You Songs”, and “Mahgeeta”.

With an entire American Dad episode dedicated to My Morning Jacket, you might assume that someone on the writing staff is a fan of the band. In a 2009 interview taking place just before the airing of this episode, writer Mike Barker tells of his experience while seeing My Morning Jacket’s legendary performance in the rain at Bonnaroo in 2008:

At Bonnaroo, I’m watching these guys create this lush, intense sound as the rain is washing over them… and as the sheet of rain attacks the stage, the raindrops are being illuminated by the multi-colored stage lights, and it was just… biblical. (note: Mike was not on mushrooms or acid). And it was one of those moments — and by moment I don’t mean during a certain chorus or something, I mean the ENTIRE time the guys are playing — it was one of those moments where everyone in attendance realized they were witnessing something really special. No one’s worried about getting wet, or getting their shoes muddy, or needing to sit down after standing shoulder to shoulder with wet strangers for four straight hours. And I actually remember having the thought, “If lightening strikes these guys dead, there’s not a thing tragic about that.” Seriously, can you tell me a better way for a musician to go? Because I can’t think of it.

But during the show, I start to become aware of how intensely I loved this music, and by extension, these guys for playing it. And I thought to myself, “What if I try to SHARE this experience through the characters in American Dad? Is it possible to translate how much I love this music to a large portion of American Dad’s audience that presently has no idea that this band even exits?” That would be my way of giving back, I suppose. My Morning Jacket is one of the greatest bands of all time, so why wouldn’t I try to share that fact?

Basically, if you’re a fan of My Morning Jacket and you like to laugh at irreverent comedy television, then you should probably watch this episode. Luckily the whole thing is on Youtube. 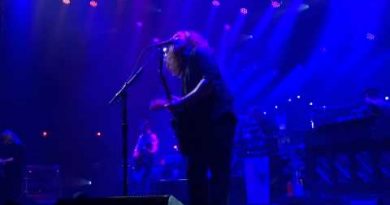 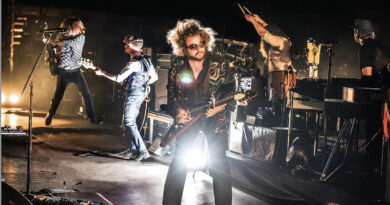 The 10 Best My Morning Jacket Songs 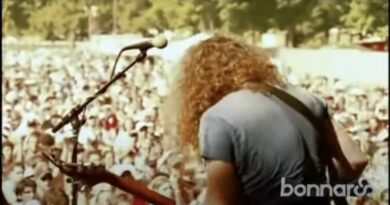 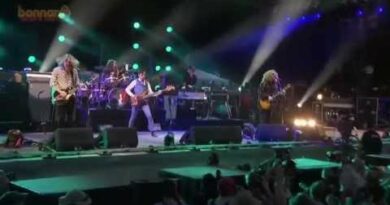 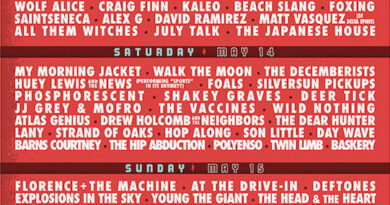 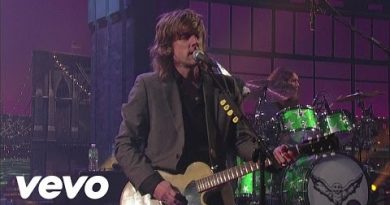