Anthony Potts, aka rap artist Phaze Gawd, dropped a new single, “Energy,” on Friday. It’s his first single of the year and newest release since 2020’s AyoPhazoGo, which we reviewed here on Extra Chill. The track, which was produced by AMWA, shows the Charlotte-based up-and-comer flexing his skills in an impressive collaboration with renowned DIY rapper and cult sensation Lil B.

“Energy” starts with a head-bobbing beat, and Phaze Gawd gets into spitting lyrics right off the bat. The clever lines build up until the chorus, when he repeats “you lack energy, you lack energy,” soon morphing into “that black energy.” It’s a clear rallying cry against those who seek to bring Phaze Gawd down.

Later in the track, some horn sounds are brought into the mix, adding a layer of intrigue. The song cuts off quickly after the last line is rapped, leaving the listener waiting eagerly to hear what’s next from Phaze Gawd – if his linking up with “The BasedGod” Lil B is any indication, things are sure to be interesting.

Stream “Energy” by Phaze Gawd below. 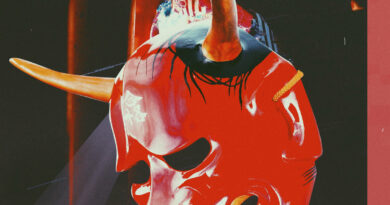