Columbia indie rock band Outer Ego formed in late 2019, and had hardly gotten started when the pandemic shut everything down. They released their debut single, the self-produced “MusicOnMyMind” back in October, and this week they bring their first professionally-recorded effort, the new single “GPS”. The track was recorded at Columbia’s Archer Avenue Studio with engineer Kenny McWilliams, with mastering by Dave Harris and cover art by Kevin Darouian.

“GPS” is smooth and lighthearted, led by buttered-up electric guitar and singer Kat Gandy’s peaceful voice. The vocals are the main highlight, but strong vocals aren’t enough to set an indie rock band apart from the crowd these days. The spice that truly makes this one interesting is that piano, played by Michael Gutshall. It sounds much better than any traditional high-pitched synth sound they could have used instead would have sounded, and they even let the kid rip a solo! Good stuff.

Listen to “GPS” by Outer Ego below. 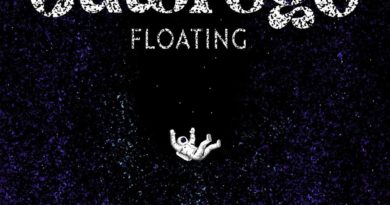