Surf Jesus is the recording project of Chase Heffron, former guitarist in Cry Baby and before that, The Dumbest Kids in School. Back in 2018 he released a single called “C U N L A”, which featured vocals recorded on an iPhone, but the project had mostly been on the backburner after that. Now, though, Surf Jesus rises with the release of the new single “Save Me”, which features Paul Calvin a.k.a. Paul Nederostek of Dead Swells on guitar.

“Save Me” is an experimental pop song, just like “C U N L A” was, except this one has way more swag. It’s just the right amount of weird to be interesting in 2021 without being off-putting. Paul’s guitar licks combined with the 90s hip-hop drum sound is a nice combo, and grounds the tune in reality while the vocals are free to be strange and exploratory. This is the first time I’ve heard Chase stretch his vocal range like this and honestly, I didn’t know the broski had it in him.

Listen to “Save Me” by Surf Jesus below. 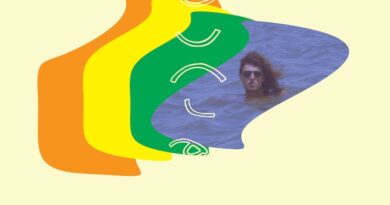