Earlier this week, Columbia rapper H3RO premiered the music video for “Party Hard”, which features Cypher T and comes from the new feature-length movie Party Hard. The movie was filmed in South Carolina and created by South Carolina filmmakers Reel Vantage Films. The movie will premiere on September 22nd at The Big Mo drive-in theatre in Monetta, SC. The movie features musical contribution from H3RO as well as other South Carolina artists like FatRat Da Czar, Boo Hag, and many more. Tickets are just $8 and you can snag yours here.

H3RO is one of the dopest South Carolina artists that I’ve discovered in recent months, thanks to the Amethyst in SC project. Everything I’ve heard from him thus far has been solid, and he’s always putting out these professional quality music videos that are much more than your typical “watch the artist perform the song” videos. H3RO’s music videos generally tell a story, or are packed with some sort of emotional intent that holds weight on its own, in addition to the music.

“Party Hard” continues that trend of storytelling through music and video accompaniment. The beat also features a saxophone, which gives the track a jazzy, soulful feel. Y’all might know by now that I’m a sucker for a good sax.

Watch the music video for “Party Hard” by H3RO featuring Cypher T below. 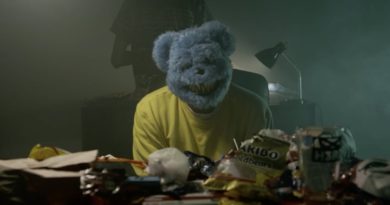