Earlier this week, Estee released the music video for lead single “Nature” off her debut album In The Dream, which entered the world back in April. “Nature” is an upbeat, yet subdued track that is driven by synth and Estee’s dreamy vocals. The video features some pretty dope choreographed dancing inside of a roller rink that according to Estee was inspired by pop music videos from the 90s, which fits in nicely with the retro feel of the song itself.

“I grew up in the TRL and MTV era,  and I have always wanted to do a music video with choreography,” Estee says. “When I play live I usually play guitar so it’s not something I get to do. Having dancers made it feel like a real production. My Spice-Girls-obsessed inner child was very proud.”

“Nature” and the rest of In The Dream was written and co-produced by Estee, and was the product of years of careful work. She explains that it is important to her to have done much of the work for the album herself as well as making it an independent release, as it allows her to be the driver of the story behind the album and the conversation surrounding it.

“There’s a history of men taking credit for, and framing the conversation around, the art of women, especially in the world of music.  There are so many dope, independent, female artists creating the culture and telling the stories of this present moment in history. It has been important for me, especially as a middle-eastern-American woman in the South, to own my contributions.” Estee says. “It has also become very important for me to collaborate with men who get it, who identify as feminists, who support the creative work of women.”

Watch the video for “Nature” by Estee below. 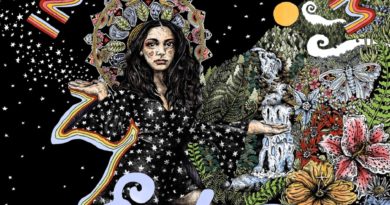