Earlier this week, Charleston R&B artist SunRhé released her debut album, Lavender. Last summer I saw SunRhé perform at Freedom Fest at the Purple Buffalo, and of the many diverse artists who performed that evening, her performance stood out as one of the more emotional and genuine, and I wanted to hear more. At that time, SunRhé had only released a handful of tracks on Soundcloud, but she was certainly working within the Lavender vibe, and now that the album has been released we can hear it and feel that vibe in its entirety.

The songs on Lavender explore the emotion of love from several different angles and perspectives, from romantic love and attraction to self-love, and also explores how both of those types of love relate to one another. These emotions are explored and presented with a mellow, reflective glow, like a candlelit cup of hot tea just after midnight, with a splash of your favorite liquor and some extra fuzzy socks.

See the recent interview with SunRhé in the Charleston City Paper for more, right here.

Listen to Lavender by SunRhé below. 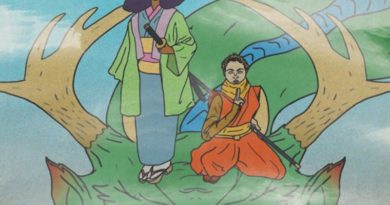